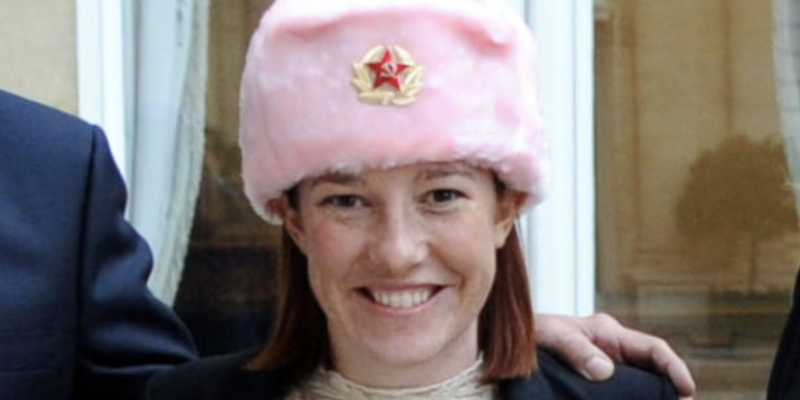 When news broke that the incoming Biden Administration would be installing an all-female “senior communications team” that includes Obama-era retread Jen Psaki as press secretary, Florida Rep. Stephanie Murphy (D) posted to social media her elation of the news that her “friend, sorority sister” would be conducting the White House press briefings.

But just as Murphy praised her friend’s return to the White House, Republicans and Trump operatives were quick to point to Psaki’s past and unabated allegiance to the Democratic Party and to an ill-advised 2017 picture she took wearing a traditional Russian hat (Shapka) with the ominous Communist hammer and sickle logo.

Psaki received the gift during a 2014 trip to Paris, France during a meeting between Russian Foreign Minister Sergev Lavrov with her then-boss U.S. Secretary of State John Kerry.

Psaki is by no means considered a Progressive, especially a supporter of Democratic Socialist Rep. Alexandria Ocasio-Cortez, with who she faced off during the contentious 2018 Democratic congressional primary race in New York against Rep. Joe Crowley (D).

Rep. Murphy is not a progressive either, instead, she is the outspoken chairwoman of the “Blue Dog Democrats” House caucus, a group of so-called ‘moderate’ Democratic members of the U.S. House of Representatives.

Murphy’s show of support for the liberal Psaki will surely resurface during her 2022 mid-term reelection campaign. Republicans successfully ran against and defeated the Democratic socialism agenda put forth by Progressives like Rep. Ocasio-Cortez during the 2020 presidential election.

Murphy will surely be pegged by Republicans as a socialist sympathizer.

You can bank on that.