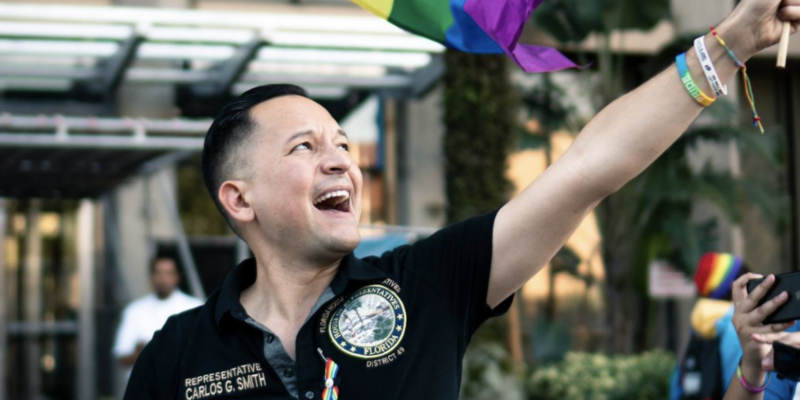 One of Florida’s most popular and outspoke activist legislators, State Rep. Carlos Guillermo Smith (D), has put out a sort of public service announcement for the Florida Democratic Party in order to help promote the political party’s brand and to galvanize its base of support to help elect more Democratic state legislators.

Rep. Guillermo Smith’s video announcement hit all of this election cycle’s political talking points, even those that have proven to be extremely divisive and at times criminal.

But while Smith contends that today’s Florida Democrat is about “acting up to defend” to defend those issues that Democrats feel “marginalize” individuals living in the state, his very statement all but continues to drive the existing societal wedge that already exists.

“Being a Florida Democrat in the Year 2020 means showing up, standing up, and acting up to defend equality for women, for black lives, for immigrants, LGBTQ people, religious minorities, people with disabilities, for those currently incarcerated, for returning citizens, and all other marginalized communities,” stated Guillermo Smith.

While Smith has been one of the loudest voices in Florida on race relations, he has also been one of the quietest voices over the months-long criminal rioting, assaults, and murders that have been perpetrated by anarchists and by the criminal Black Lives Matter movement that has coopted the once peaceful protests after the George Floyd murder.

Smith, like many Democrats, have been pushing the current victimization narrative that illegal immigrants, “blacks lives,” those in jail, and others, live in an oppressive society filled with bigotry and marginalization.

It’s an election year, so the argument Smith makes is understandable, but what about the marginalization of the rest of society?

Americans that believe “All Lives Matter” and that immigration laws need to be respected, have been written off by Smith and Democrats as being white supremacists, racists, and bigots, simply because their point of view on these issues differ.

While there are bad apples on both sides of these issues, the overwhelming majority of Floridians, regardless of political affiliation, believe that equal rights exist for all Americans, just as it’s written in the U.S. Constitution.