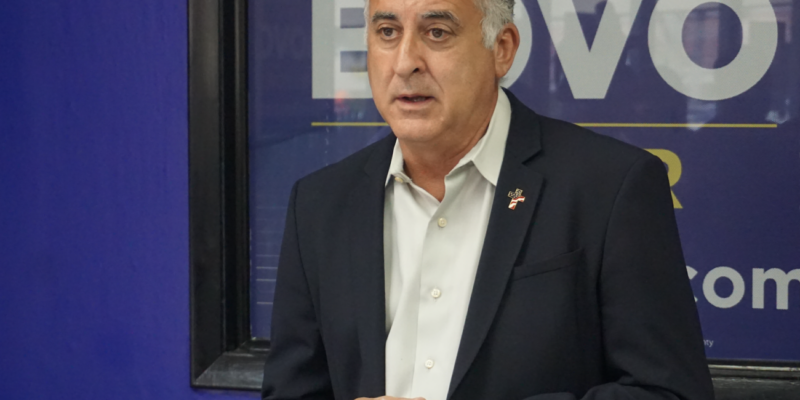 The race to lead Florida’s most populous county comes to a head on  November 3rd, as County Commissioners Daniella Levine Cava (D) and Esteban Bovo (R) make the final campaign rounds in the hours leading up to election day.

During a press conference at his Miami campaign headquarters, Commissioner Bovo gave reporters an update on the status of his campus before entertaining media questions, one of which was specifically directed to Cuban-American voters who support Biden.

When asked about his thoughts on why Cuban-Americans would vote for Vice President Joe Biden considering his past and present position of embracing the same  Communist regime in Cuba many of their family members led from, Bovo question the “voter maturity” level  of those Biden supporters, asserting that Biden’s “Cuba policy” was a “monumental failure.”

“The beauty of democracy is that we could disagree and  I think it shows a perhaps a level of voter maturity amongst Cuban-Americans that they select between parties,” said Bovo. “As to Biden and his Cuba policy it will be a monumental failure and we've seen, we've seen Cubans that were more interested not in democracy and freedom in Cuba but maybe lining their pockets.

We know them in our community.”

Bovo then went on to say that the results of the presidential election between President Donald Trump and former Vice President Joe Biden wouldn’t “really impact him,” saying that Joe Biden or Donald Trump weren’t going to take out your garbage if it needs to be taken out, and they're not going to fix any other roads in Miami Dade County.”

The Bovo/Cava race is non-partisan, but since the early days of the 2020 primary election campaign, Cava embraced the Democratic Socialism agenda spreading across the country, and painted Bovo as a right-wing Trump supporter who would push the president's agenda on Miamians if he wins the race.