It’s going to be close, but Democrats around the country, especially politicos like Kevin Cate and Steve Schale here in Florida, are sounding awfully confident that former Vice President Joe Biden will defeat President Donald Trump next week.

While Cate appears to already be lining up his Inaugural Day travel plans to Washington, D.C., Schale is more concerned and focused on his beloved Jacksonville Jaguars’ football season.

Where have he read this script before?

That’s right, just for years ago, the same sentiment was shared when Trump lagged behind Hillary Clinton in every single public opinion poll, especially in all those battleground states.

Here is a snapshot of how those battleground states are playing out right now. It looks a lot like 2016.

Now, things are different this year, and Trump’s negatives are higher considering the COVID-19 pandemic, so there is hope for Democrats.

The race will be close, but some believe Trump will win in a landslide, while others think Biden will crush the president.

Biden has more cash than Trump, but according to all the latest polls, Trump is creeping up while Biden is trending down just a bit.

GOP registration is higher than Democrats, but Democrats are winning in early voting turnout, but not by much.

Look at the numbers in Florida. Republicans are surging in the final days.  Thanks to Kevin Cate.

Like 2016, it’s really hard to predict who will win, but we can all take a stab at the challenge of predicting the winner.

Here is a map of what I feel will be the results on election night.

Trump squeaks it out, and can even afford to lose Arizona or Georgia, but not both. 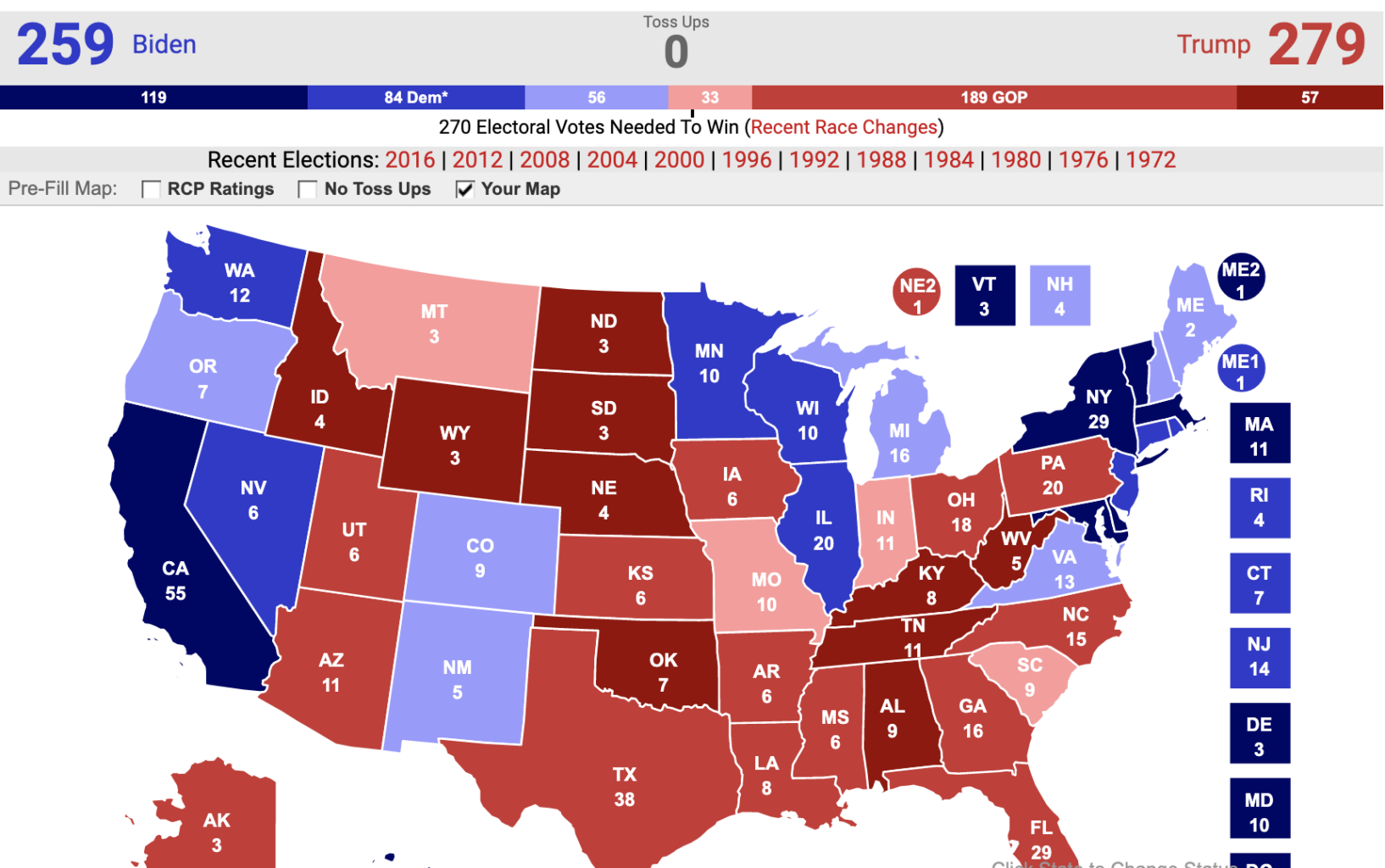