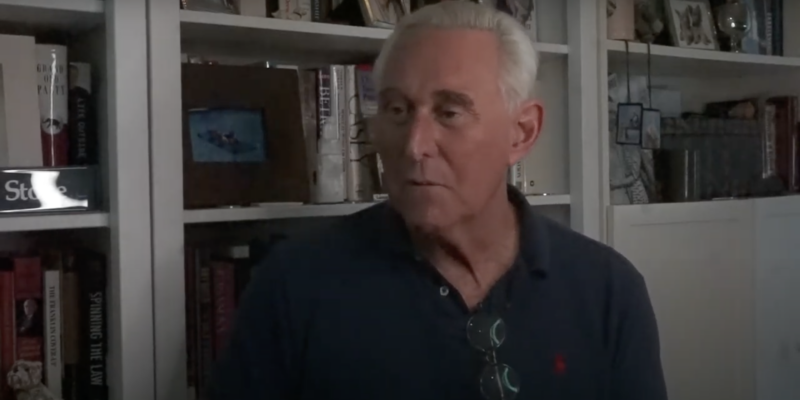 As the national dialogue continues regarding the upcoming general election and the accuracy of mail-in ballots, veteran political consultant Roger Stone sat down with The Floridian to share his thoughts on the divisive conversation that has erupted surrounding America’s presidential choice.

When asked about mail-in balloting, Stone commented that “if the election were held today, I would be very concerned about the level of voter fraud I think is going to be across the board, across the country.”

He expressed that this would negatively affect Trump’s reelection bid, and he pointed out some reasons as to why this is the case.

“The growing internet censorship of Trump allies and supporters in social media is in preparation for this election,” he shared, adding that “the fake reporting by the mainstream media” also looks to damage the Trump presidency.

As well, Stone questioned the Biden/Harris ticket in regards to the current political climate and the social justice changes that Democrats have been in support of in several states.

“They want to defund the cops?” Stone questioned, noting that Democrats “just nominated the ultimate cop for Vice President.”

“The only person on the political scene these days who’s locked up more poor, black people for the first-time non-violent crime of possessions of small amounts of drugs is Kamala Harris second only to Joe Biden who, as you know, is the architect of the 1994 crime bill they used to call the Biden bill,” Stone admitted.

“They are the ultimate cops,” he concluded, making a distinction with the Trump presidency, which he explained “supports the Second-Chance act.”

Stone instead praised the Trump presidency for “saving people who are trapped deep in the bowels of our penal system with these impossibly long mandatory sentences.”

Stone argued that “the President is fighting for justice,” and in his fight, he is helping “the majority of the people who qualify under the Second Chance act,” which happen to be African Americans.

Finally Stone took some time to congratulate Laura Loomer on her primary win, calling the moment he shared onstage with her "very, very exciting." Calling her a "truth-teller," he added that "Laura Loomer is the most banned woman in the country," he also praised her for being "a woman of enormous courage."