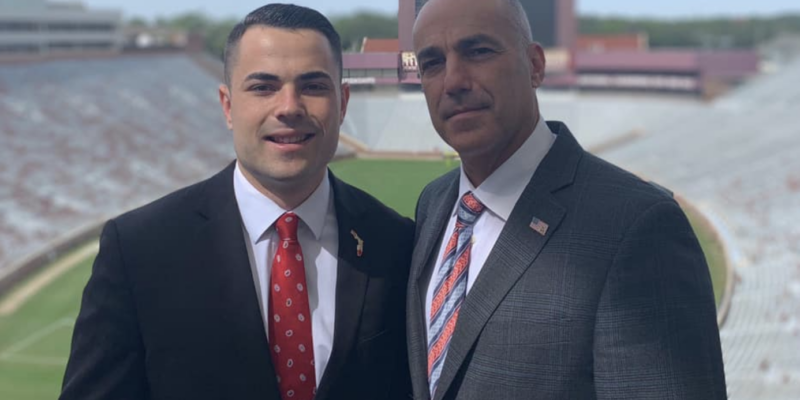 After the deadly shooting at Marjorie Stoneman Douglas High School in Parkland, Florida that left 17 innocent students and teachers dead, Gov. Ron DeSantis suspended then-Broward Sheriff Scott Israel for incompetence and dereliction of duty for actions before and after the shooting.

Israel fought hard to get to keep his job, but the Florida Senate voted to uphold DeSantis’s suspension. Israel was permanently out.

Israel, who is currently fighting a severe case of COVID-19, released a video where he said that if the shooting were to have taken place in a Black high school, none of the backlashes against him would have occurred.

“If the individuals who were killed that incredibly horrific day at Stoneman Douglas attended a high school like Boyd Anderson, what have you, a minority high school, we never would have been in this mess right now. This was all about a governor trying to impose his will, and it’s wrong.”- Scott Israel

But what Israel doesn’t see is that his very presence and the mentioning of his name in the county brings back all of the pain that Floridian’s felt after the shooting. Israel is persona non grata in Parkland, Coral Springs, and many other parts of the county.

The Parkland families are especially upset at Israel and after this video of his making an excuse for the shooting, some victims like Hunter Pollack, who lost his sister Meadow, told The Floridian that he was  “disgusted” by Israel.

“Two-years later and Scott Israel still refuses to accept responsibility for his poor leadership that led to 17 kids dying in Parkland—including my sister. He hasn’t learned from his past mistakes. I’m disgusted!

If he’s elected, the future of public safety in Broward County will be at risk!-Hunter Pollack

Hunter and his father Andrew Pollack, have been the loudest voices of opposition against Israel.

Failed sheriff Scott Israel said that if my daughter and her peers were murdered at a minority school, he never would have been removed.

Israel is great at playing the blame game. Now he pulls out the race card.

This man is a disgrace and he DESERVED to be removed. #FixIt pic.twitter.com/SMdnudROLG

“Failed Sheriff Scott Israel said that if my daughter and her peers were murdered at a minority school, he never would have been removed,” stated Pollack  Israel is great at playing the blame game. Now he pulls out the race card. This man is a disgrace and he DESERVED to be removed.”

With all of this said, Israel is determined to get his job back and has filed to run for re-election in 2020.

Now on the ballot and facing off against DeSantis’ hand-picked choice to continue leading he Broward Sheriff’s office, Sheriff Gregory Tony, Israel is trying to mount a spirited campaign to win his job back.

For Conservatives, Liberal Enviro Groups Are Wolves in Sheep’s Clothing