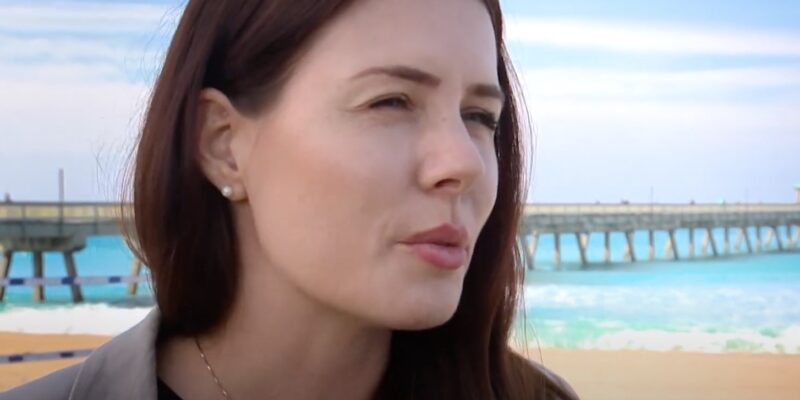 Embattled Republican congressional candidate Jessica Melton just can’t catch a break these days, as two of her primary challengers are calling out the 32-year-old conspiracy theorist for lying and for misrepresenting her business acumen.

During the Americans for Trump forum for the GOP candidates in congressional district 22 earlier this month in Davie, Florida, businesswoman Fran Flynn questioned Melton about a string of lies she was recently caught telling, and questioned her “successful” Paragon Wireless Group, LLc business.

Melton’s entire campaign appears to be anchored by her business experience and self-declared success, but just like Flynn stated in the forum, upon scrolling throughout Melton’s website, none of the business postings or links mentioned on the site actual work.

The Floridian was able to scroll through website before it was taken down and can confirm that none of the links, including the “government affairs” and “lobbyists” links, work.

It is not clear if Melton was suggesting that she was lobbyist or worked in government affairs, or worked with individuals who worked in the lobby world.

According Sunbiz.org, Melton’s business is formally listed with the state of Florida as a Limited Liability Corporation, or LLc.

But on her first and only financial disclosure filing with the House Ethics Committee, Melton filed her Paragon Wireless Group as a S-Corporation.

Melton’s financial disclosure does not list her receiving a salary during the filing two-year period, just that she was paid $118,000 the “preceeding year.”

Melton has yet to file her 2020 financial disclosure. Earlier in July, a visibly bothered Melton admitted to refusing to file her disclosure form.

Now Darlene Swaffar, another small business owner that has been pointing to all of Melton’s missteps, has just posted www.JessiMelton.com, a website she set up to bring attention to Melton’s apparent lies and “lack of character and integrity.”

The JessiMelton.com site uses many, if not all of The Floridian’s reporting about Melton, including the false endorsements she has reported to have received. You can read more here. CLICK HERE

While Fran Flynn and Darlene Swaffar have shown that they are not afraid to stand up to Melton, who Flynn refers to as “a fraud” and who Swaffer says has “moral character,” Jim Pruden has decided not to engage Melton.