Florida Rep. Ted Deutch (D) is pushing the media narrative that the ongoing violent riots in Portland, Oregon by the Black Lives Matter and ANTIFA movements are peaceful and accuses the “secret police” of hauling off innocent protestors that are just exercising their “constitutional rights.”

But just as Rep. Deutch, who once said that only “some in that group (ANTIFA)” were calling for anarchy, makes his accusation about the “secret police,” the congressman from South Florida attaches a Washington Post story that explicitly cites that the secret police he is referring to is not-so-secret after all.

“What's happening in Portland is alarming,” stated Deutch “Americans exercising their constitutional rights shouldn't have to live in fear of being being (sic) hauled away by unidentified officers.  Are these individuals members of federal law enforcement?  We need answers from the Admin NOW.”

What's happening in Portland is alarming.

Americans exercising their constitutional rights shouldn't have to live in fear of being being hauled away by unidentified officers.

Are these individuals members of federal law enforcement?  We need answers from the Admin NOW. https://t.co/PCBGXjcHub

But this tweet shows that the police were clearly identifiable.

.@DHS_Wolf turn around and read that quote on the wall behind you.

Then, search "Breonna Taylor" on the internet.

We are failing to deliver on that first duty & your secret police only deepen the injustice. https://t.co/ZTzPhnTTXD

According to the Post, the U.S. Customs and Border Protection (CBP) had taken responsibility for the so-called “secret agents,” but said that the agents “identified themselves and were wearing CBP insignia” during an encounter where authorities took down an individual suspected of assaulting police.

“The CBP agents identified themselves and were wearing CBP insignia during the encounter,” CBP said in its statement. “The names of the agents were not displayed due to recent doxing incidents against law enforcement personnel who serve and protect our country.”

“When the agents approached him, CBP said, “a large and violent mob moved towards their location. For everyone’s safety, CBP agents quickly moved the suspect to a safer location for further questioning.”

But according to investigative reporter Andy Ngo, who covers ANTIFA and protests in the Portland area, Deutch’s and the media’s claim that the protests are non-violent are a farce.

Ngo posted this video of “Antifa & BLM” attacking “the front of the boarded-up federal courthouse.” Appearing on Fox News, Ngo also said that the reported “abducting” of people by police was a lie.

The 50th day of violent protests in Portland.

“A peaceful protester in Portland was shot in the head by one of Donald Trump’s secret police,” Sen. Ron Wyden (D-Ore.) wrote in a Thursday tweet that also called out acting DHS secretary Chad Wolf. “Now Trump and Chad Wolf are weaponizing the DHS as their own occupying army to provoke violence on the streets of my hometown because they think it plays well with right-wing media.” 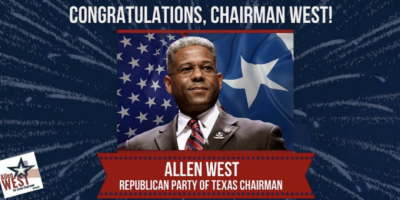 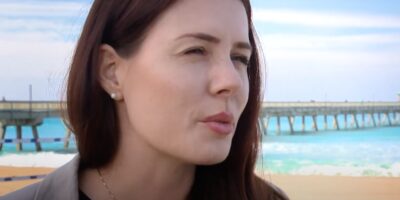