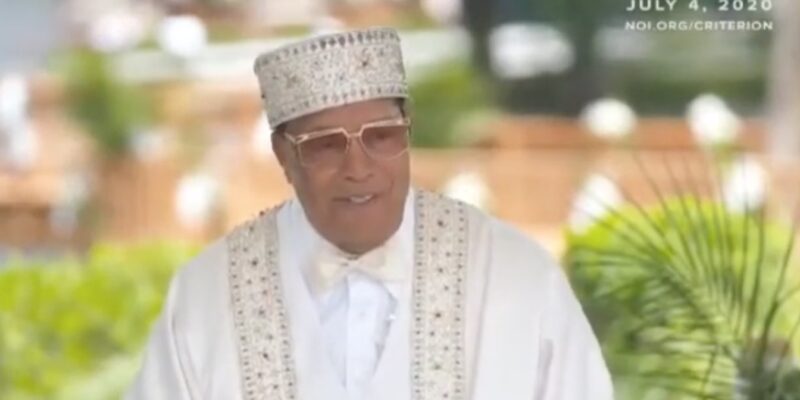 COVID-19 infection rates aren’t the only thing on the rise in Florida these days. Antisemitism continues to run rampant in the Sunshine State and across the country. The nation of Islam founder and outspoken anti-Semite, Lois Farrakhan, has proclaimed that he prayed that God would bring coronavirus to Florida as punishment to the Cuban and Jewish communities. He proclaimed that God answered his prayer.

“Florida, are you becoming the epicenter of the coronavirus? I asked God to do that. That, I asked him for. While Florida was white all the way around. Now, you’re deep red. I asked God for that. I just want to show you that this man that is talking to you has power with God. I’m not fake. I’m the real deal. You can take it or let it alone – wait a minute – why did I ask God to drop that on Florida? Because of you, Florida, and those who ran out or were run out of Cuba, who were members of the Jewish community, who lost everything. Your hatred for Fidel Castro. Florida has stood in the way of a better relationship with the government of Cuba. Yeah, I asked God to bring down the virus heavily on Florida.” – Lois Farrakhan

The South Florida Democratic Congressional Delegation, which includes Jewish-American Representatives Ted Deutch, Debbie Wasserman Schultz, Lois Frankel, and Debbie Mucarsel-Powell, have openly condemned anti-semitism, but have yet to called out Rep. Ilhan Omar’s past anti-Semitic and anti-Israel statements. These members of Congress represent a significant Jewish population. Nearly 9% of the total population in Miami, Fort Lauderdale, and Palm Beach are Jewish.

“Ms. Omar from Somalia – she started talking about ‘the Benjamins’ and they are trying to make her apologize. Sweetheart, don’t do that. Pardon me for calling you sweetheart, but you do have a sweetheart. You sure are using it to shake the government up, but you have nothing to apologize for,” Farrakhan said.