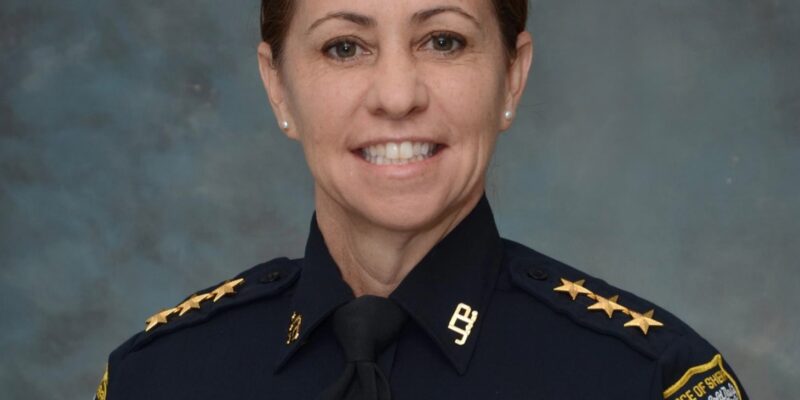 The recent murder of George Floyd at the hands of overzealous police officers in Minneapolis, Minnesota, law enforcement agencies across the country are under tremendous scrutiny over their policing policies and are being pressed to conduct an investigation into any and all alleged crimes and potential crimes committed against Black Americans.

After being accused by a former Black Navy Chief of falsely arresting him, it appears that City of Atlantic Beach, Florida, Chief of Police Michelle Cook may have a lot more to answer for. READ MORE

Chief Derek Cashaw accused Chief Cook of having him falsely arresting him over a dog bite incident back when she worked for the Jacksonville Sheriff’s office.

Cashaw filed a formal complaint against Cook, and an internal police investigation was launched, but all records of that internal appear to have vanished.

Every police officer has a concise record or an accounting for any and all complaints and reprimands filed against them over the course of their career.

In Cook’s case, 2014 Cashaw’s complaint and subsequent internal investigation do not appear in her concise report.

Cook’s attorney reached out to The Floridian several weeks back and asserted that his client was cleared by internal police investigators of any wrongdoing and offered to furnish documentation connected to the incident.

The Floridian has obtained a letter from the Jacksonville Sheriff’s Office confirming that an internal investigation was conducted.

But with a legitimate complaint filed and an internal investigation being confirmed to have been conducted, why doesn’t the file exist on Cook’s concise report?

Here is Cook’s entire concise report which includes other complaints filed against her, including one of harassment, one of improper action, and another one of failure to conform to work standards: 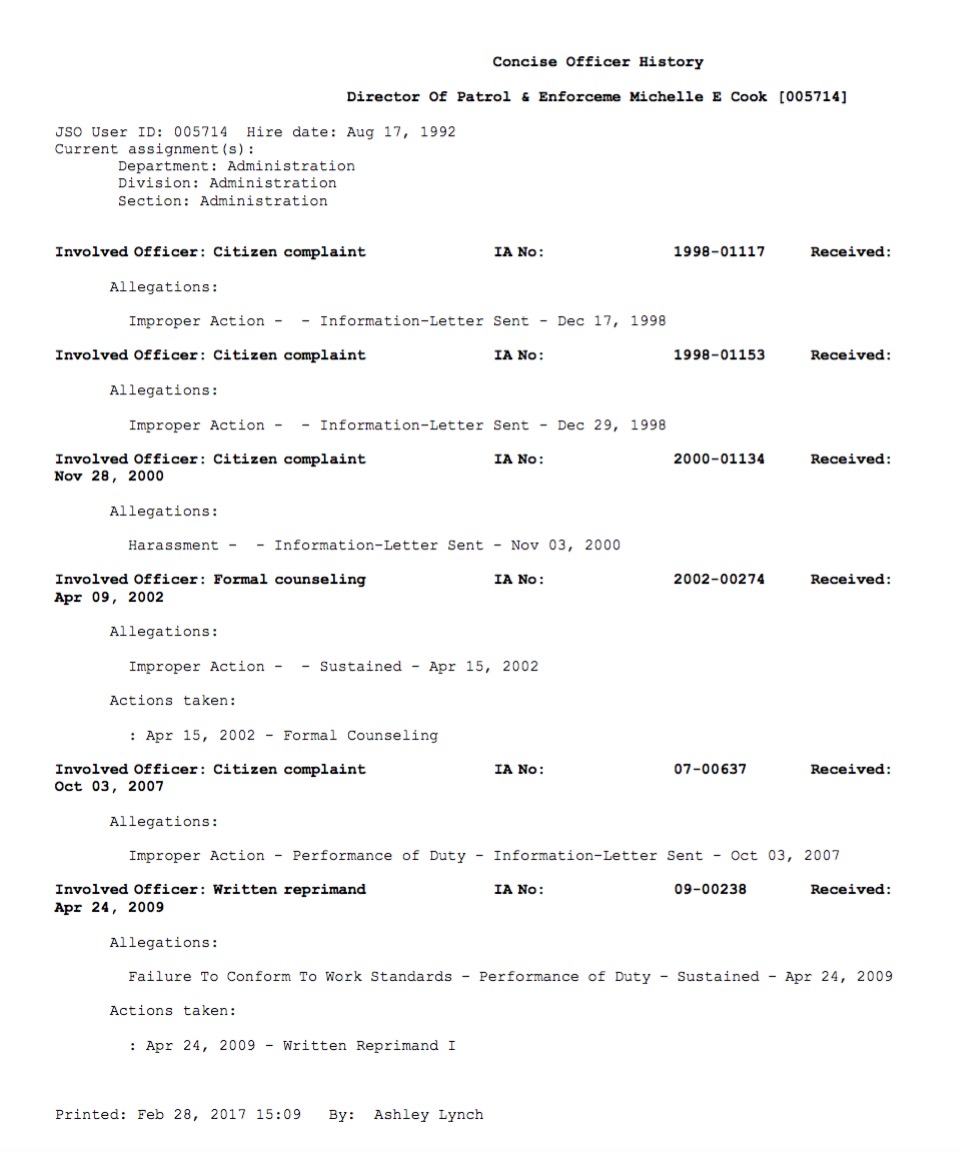 Now Derek Cashaw has taped a video outlining his encounter with Cook. Cashaw says on the video that Cook “is not someone we can be proud of.”

"The video was posted on Youtube and obtained by The Floridian.

Rubio: U.S. needs to make its own pharmaceuticals