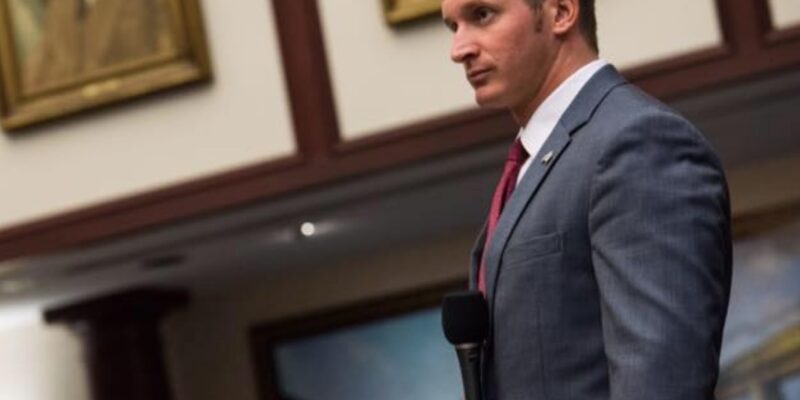 It was bound to happen. A public opinion poll has just been released in the hotly contested Republican congressional primary race in Florida’s 19th district.

The poll, which was sent to The Floridian via an anonymous email, posted the results of 400 likely Republican voters polled in the district and has a margin of error of 4.89%.

The poll, which shows that 42% of voters are undecided,  is telling in that Dr. Figlesthaler, one of the “self-made“outsiders, is at the top of the list with Rep. Dane Eagle (pictured) just one point behind.

Figlesthaler, and his outsider campaign,  has been able to capture the 16% support in just a couple of months.

The other “self-made outsider” is Casey Askar, who is only polling at 2% but to his defense,  just jumped into the race a couple of weeks ago and hasn’t spent any of the $3.5 million he has in the bank. 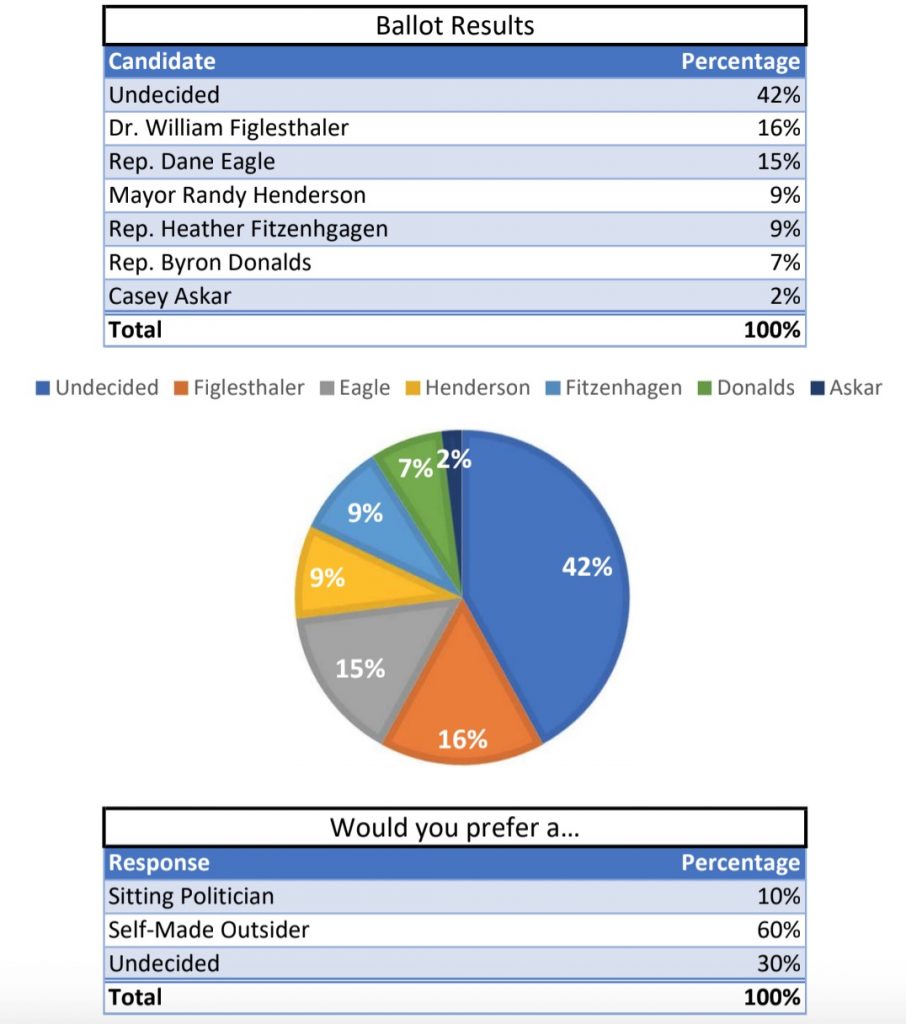 The poll looks like the race could come down to Dr. Figlesthaler and Rep. Eagle, but with 42% undecided, all bets are off, especially if you consider that Askar is reported to have said that he would be willing to spend $5 million to win.

Rep. Heather Fitzenhagen and Mayor Randy Henderson are tied at 9%, while Rep. Byron Donalds is sitting at 7 %.

These single-digit poll numbers can be attributed to the name recognition they have garnered in the district for being elected officials. This is also the case for Rep. Eagle, whose state house seat is entirely within the 19th congressional district.

Considering that Donalds has outraised both Fitzenhagen and Henderson, his 7% could have a better chance of closing in on Dr. Fig and Rep. Eagle.

While the candidates bombard voters with campaign advertisements in the coming weeks and months in hopes to garner their support, those very same mostly-undecided voters know what issues matter the most to them. 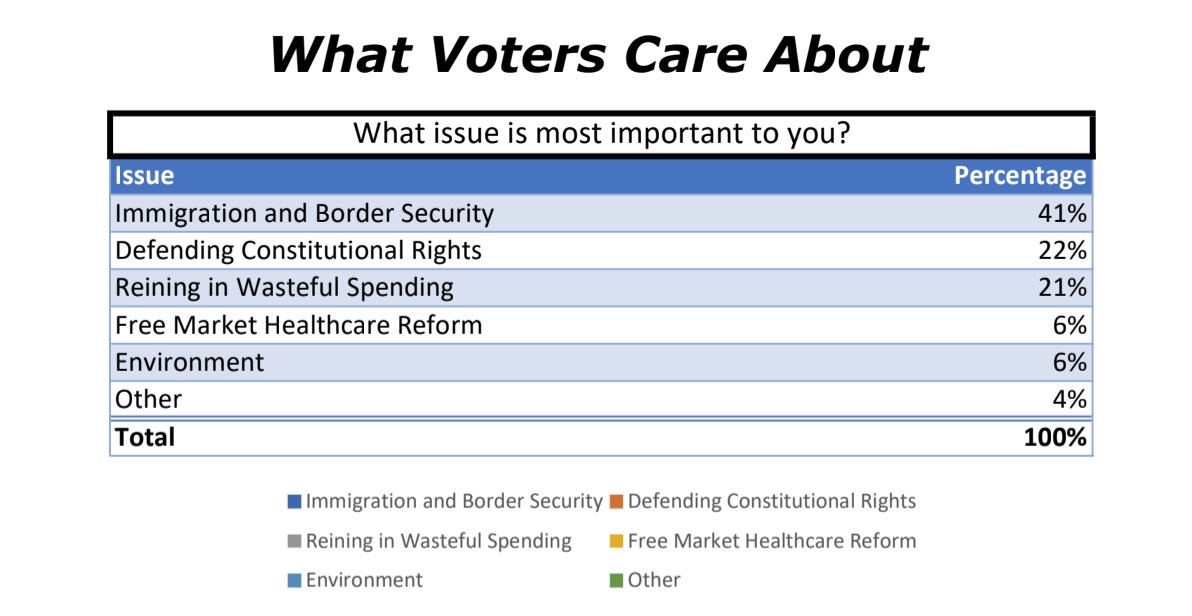 According to the poll, 41% believe that “Immigration and Border Security” is the most important issue followed by “Defending Constitutional Rights at 22%, and “Reigning in Wasteful Spending at 21%.

Interestingly enough, one of the questions posed to voters was if they preferred a “self-made Outsider” or a “Sitting Politician.” 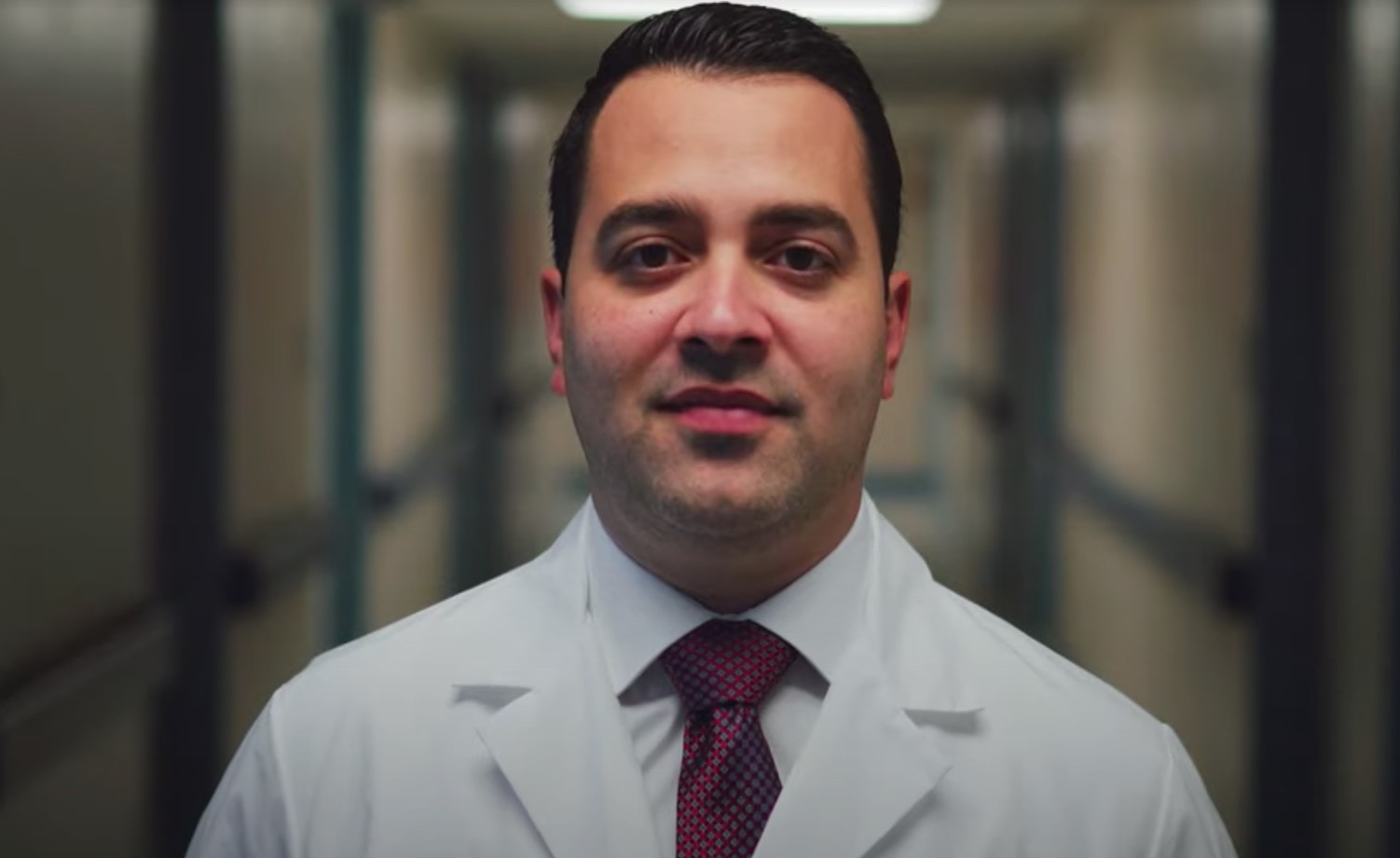