Prior to the coronavirus pandemic, few Floridians or their elected officials gave much thought to where their hospital gowns and facemasks were made. But the coronavirus pandemic has forced that question to the front of everyone’s minds. It is now painfully obvious that as a nation we are unacceptably reliant on China for these basic items, and many, many more.

Just months ago, many political and business elites in our nation were content with the status quo of China as an emerging power seeking to supplant America’s global leadership, so long as it meant cheap labor and short-term financial gains. They dismissed critics' warnings about our nation’s growing vulnerability as fear-mongers and reckless protectionists.

Now we know that it was their behavior that was reckless.

In mid-March, the New York Times reported, “China did not just stop selling masks — it also bought up much of the rest of the world’s supply. According to official data, China imported 56 million respirators and masks in the first week after the January lockdown of the city of Wuhan, where the coronavirus emerged.” This all occurred while Beijing assured the rest of the world that the outbreak in Wuhan was nothing to fear.

A couple weeks later, the Sydney Morning Herald reported, “staff from the Chinese government-backed global property giant Greenland Group were instructed to put their normal work on hold and source bulk supplies of essential medical items to ship back to China” in January and February.

In early April, the New York Post reported, “Leading US manufacturers of medical safety gear told the White House that China prohibited them from exporting their products from the country as the coronavirus pandemic mounted — even as Beijing was trying to ‘corner the world market’ in personal protective equipment.”

You get the point.

China was actively hoarding personal protective equipment and everyone knew it -- everyone except some fringe media outlets that seem all too trusting of the Chinese Communist Party (CCP) narrative, just like our political and business elites over the past decade.

All of this was foreseeable. Two years ago, I cautioned that someday “Americans are going to wonder why do we no longer invent great things? Why do we now have to do whatever China wants in the world in order to get the medicines we need?”

The truth is that America is overly reliant on China, and China knows it.

For example, one year ago, multiple CCP-backed editorials warned that the “US need for rare earths [is] an ace on Beijing’s hand” and, “Without a reliable domestic supply, the US must rely on rare earths from China to supply industries of strategic importance.” America needs rare-earth minerals to power everything from our weapons systems to batteries.

Until recently, our nation’s political and business elites would never have imagined China would actually use their immense leverage to attempt to coerce the United States into action. But now we have seen it happen and how devastating the consequences can be. It is time to begin taking steps to reduce our reliance on China and restore our domestic capacity to produce things in America. We cannot afford to wait any longer. 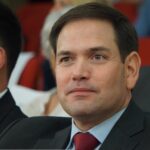