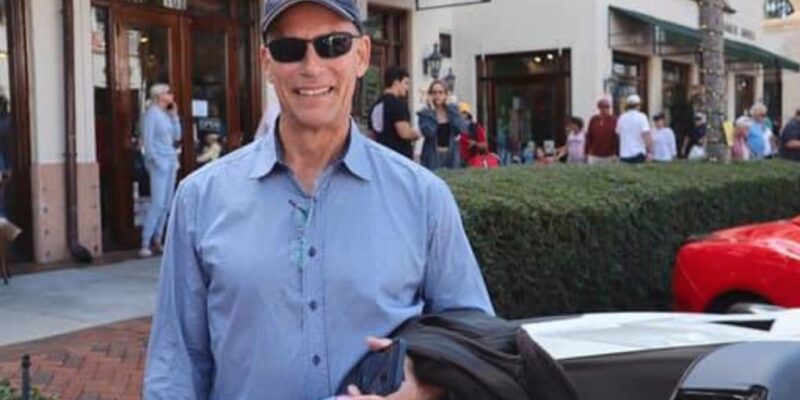 As 2019 came to a close, Florida Rep. Francis Rooney (R) announced that he would not be seeking reelection. This surprised many Floridians, but chatter began as to who would fill the seat and help keep the state red. In an effort to combat the seat from turning blue, a number of Republicans are vying for the nomination, and there’s one candidate who says he has the qualifications and experience to supersede the rest and build off of the work that Rep. Rooney is leaving behind.

As a former member of the Minnesota House of Representatives, Dan Severson (R) took some time to speak to the Floridian concerning his candidacy for congressional district 19. Shifting his sights to a Florida seat, he suggested that the election process in Florida would benefit from the intimate election process in Minnesota.

“One of the big differences between Florida and Minnesota,” he explained is that Florida doesn’t utilize a caucus system. What that means is that delegates are picked from particular counties, so “Florida is a little less intimate because it’s a primary system.”

In Minnesota, Severson enjoyed knocking on doors and getting to know both the people and the delegates, which contrasts with the sunshine state because Florida focuses more on “commercials and the establishment.”

“Money plays a bigger part in Florida than it did in Minnesota,” Severson expressed. “Everyone was on the same playing field in Minnesota,” so it’s a bit more difficult to “get your name out there and what you stand for.”

In campaigning, he’s thrilled to meet with constituents to discuss their concerns, and so far he reports that they are impressed with his credentials. Aside from serving as an elected member of the Minnesota House of Representatives for 8 years, Severson served in the Navy for 22 years, was a Naval officer, is a retired commander and is TOPGUN qualified.

In addition, Severson noted that one crucial aspect that separates him from the rest of the candidates is that he understands “how laws are made and how you interact in the legislative process.” In Minnesota, Severson served in both the majority and the minority, and he highlighted that the rest of the candidates “have never served in the minority.” “You need the skills to work with both,” he explained, adding that this allows one to “be a strong voice for the district.”

In terms of the people that he is looking to represent, when asked what the concerns are for the citizens in District 19 that have yet to be answered, Severson remarked that the “water issue is paramount.” However, because of the current growing threat of COVID-19 in the sunshine state, he admitted that, sadly, “it’ll take a second seat to economic issues.” In the district, “we have a lot of small businesses.” Therefore, “those are gonna take a hit and put pressure on the economy and job creation.” But, one of the most demanding concerns is to resolve “some of the mitigation with Okeechobee” and responding to the algae bloom’s threat that is “affecting the estuaries.”

When asked what day one looks like for him should he be elected, Severson outlined that it’ll see him getting straight to work. He asserted that he’s a strong pro-life supporter. He intends to “caucus with the Freedom Caucus” because “the killing of innocent life is one of the things that we are suffering from as a nation.” For him, “since 1973, we’ve been on the wrong side of that one.”

Severson believes the United States is a constitutional republic, asserting that the “constitution is our guideline.” It is not a “living document” that was designed by some of the most “learned men of governments across the world.” And, he reminded that in enlisting for service, he “swore an oath to support and defend the constitution.”

Finally, Severson is a staunch supporter of the second amendment. And, it’s on this issue that he took a political jab at one of his opponents, Florida Rep. Dane Eagle (R), saying that Rep. “Eagle and the Florida Legislature have greatly wounded the constitution” when it comes to defending the right for Florida citizens to bear arms.

In quarantining, Severson has been hard at work on his campaign, having to resort to alternative means to gain outreach. In the upcoming days, his campaign will release a video to introduce him to the public, and he remains motivated to overcome any financial barriers that will be in his way because “everyone has an opportunity to dictate and explain their platform,” and he is determined to “meet the challenge” every step of the way.

Trump: Pelosi is a ‘Sick Puppy’ Over Coronavirus Criticism