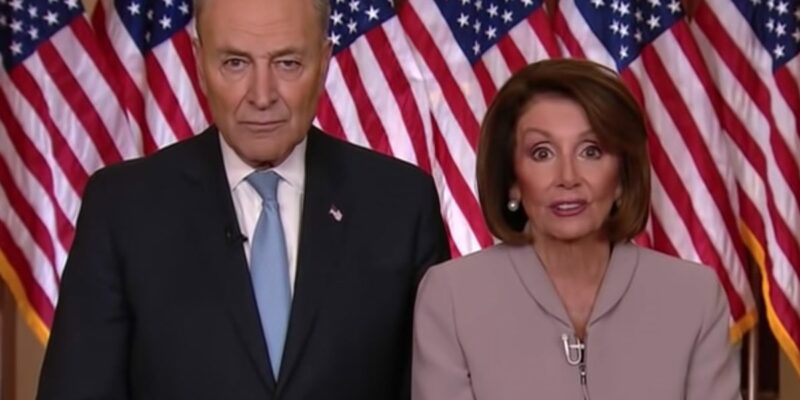 Democrats are at the receiving end criticism during a time when Americans are facing the growing threat of COVID-19.

Last night, lawmakers were scheduled to vote on the CARES Act, which would provide substantial help to Americans that are out of work as the threat of COVID-19 looms over the United States and the globe. In what many are criticizing as a disappointing move, Democrats halted the passing of the bill because of unmet demands, including solar and wind tax credits and new fuel emission standards.

As a result, Republican lawmakers are taking Democrats to task, calling the move failed leadership.

A Republican aide commented on the vote, saying that “as Leader Schumer continues to hold up the desperately-needed relief package, the last-minute list of demands from Pelosi’s and Schumer’s ideological wish list are coming into focus.”

Senator Tom Cotton (R) also slammed Democratic leadership, noting that “Pelosi & Schumer are willing to risk your life, your job, your retirement savings for a radical, left-wing wish list that has nothing to do with this virus.”

This report is correct. Pelosi & Schumer are willing to risk your life, your job, your retirement savings for a radical, left-wing wish list that has nothing to do with this virus. Disgraceful. https://t.co/le9jlTB4KH

Lawmakers are set to vote again today in order to respond quickly to the concerns of the American people, so citizens and voters will be watching as lawmakers cast their vote and determine the future for Americans in need.

“President Trump has taken bold and decisive action that has undoubtedly saved American lives while Democrats are playing political games holding up legislation that would help millions during these trying times. Democrats should put politics aside and come together for the sake of our country.”- Trump Victory Spokesperson Emma Vaughn