You and I, and all other Florida taxpayers, are being ripped off every day. Our tax dollars – money we provide to help care for our state’s ailing poor – are being siphoned out of the Medicaid program and into the pockets of predatory entities that, ironically, were created to save us money.

And it’s all perfectly legal. It is time for the Florida Legislature to step in and make sure our health care tax dollars go where they were originally intended.

The problem lies with something called pharmacy benefits managers, or PBMs. These shadowy prescription drug middlemen are driving pharmacies out of business, reducing access to care, and taking money out of Medicaid for their own profit.

For years, pharmacists have recognized that Florida’s broken PBM mess has thrown a wrench in the health care system for patients, pharmacists, and the public. Now, for the first time, we have concrete, tangible numbers – using data from the State of Florida itself – that show how badly reform is needed.

The state contracts with managed care plans to manage Florida’s Medicaid program in order to negotiate lower drug prices. But a new, independent study concludes that the intervention of PBMs has actually cost the public millions of dollars by steering patients to select pharmacies and then charging higher prescription costs.

A handful of the largest PBMs are closely affiliated with certain pharmacies and health care companies. They direct patients to their pharmacies, and then charge higher rates – knowing the extra money will go right back to them.

PBMs can set wildly different prescription drug prices for different pharmacies, assuring maximum profits for themselves. The study highlights an example from Palm Coast. Three nearby pharmacies dispensed the drug Aripiprazole, used to treat mental health disorders. The PBM paid its affiliated pharmacy $11.18 per pill. At the same time, it paid an independent pharmacy just 53 cents per pill, and a nearby large grocery store pharmacy received even less – about 24 cents.

The enormous price difference doesn’t just disadvantage pharmacies that are cut out of these shady deals, it also means that the more than $10 difference in price is being diverted away from patient care and back into the pockets of a few companies.

It’s easy to make a profit when you set your own price, as well as the price received by your competitors. Because of this situation, the number of independent pharmacies in Florida has dropped by 15% since 2016 – that’s more than 270 small businesses no longer able to serve their communities.

The study found that specialty pharmacies affiliated with PBMs and managed care companies account for less than 1% of prescription claim volume, yet they captured 28% of the available pharmacy profit margin in 2018. That’s $13 million in profit going to just a fraction of hand-picked pharmacies.

This system is clearly broken, and we are thankful that key legislators are pushing for reforms to rein in the predatory practices of PBMs and bring greater transparency and oversight to this broken system. Lawmakers from across Florida must join them to protect taxpayers, independent pharmacies, and patients everywhere. 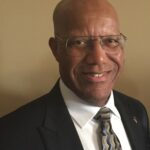 Michael Jackson is Executive Vice President and CEO of the Florida Pharmacy Association.