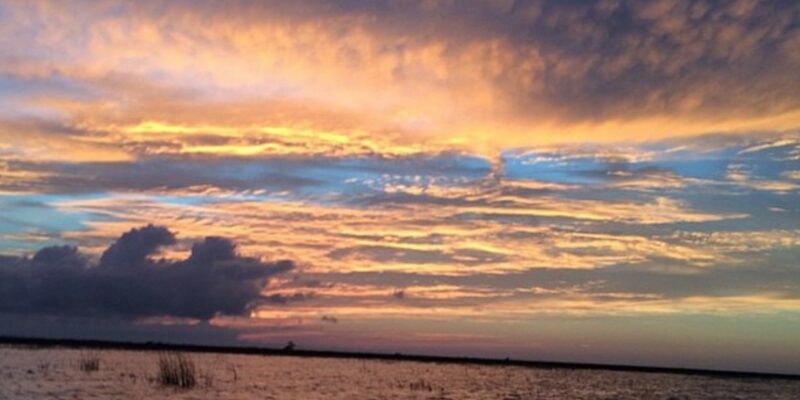 The 8th annual Everglades Action Day is underway in Tallahassee and the message the lobby group has packaged together to help press legislators on support their cause appears to be falling on deaf Republican ears.

Florida’s Everglades Coalition, which includes the Everglades Foundation and Everglades Trust, is sponsoring the event aimed to lobby state legislators about keeping this issue a top priority throughout the 2020 legislative session.

The Everglades Coalition also includes the Center for Biological Diversity (CBD), the national group that has received money from billionaire George Soros’ Tides Foundation and has sued President Donald Trump 179 times since he took office, will also be in attendance.

Prior to this week’s day of action for Everglades awareness, Rep. Anthony Sabatini (R) told The Floridian that the CBD was nothing more than a “radical left” organization that more interested in abusing the courts for their selfish political agenda.

“The abuse of the court system for political ends is nothing new for the radical left,”  said Sabatini “Although this level of court abuse may be a new low for the Never Trump fringe.”

Rep. Rommel told The Floridian that Trump was “the first president to give the federal government’s portion of the Everglades Restoration  Project that was approved in 1999.” Rommel also pointed to the fact that no other president, not Clinton, not Bush, or Obama, has done as much for the environment as Trump.

“Look at his results since he’s been in office. Look at his accomplishments,” stated Hill “We are seeing an economic boom because of his tax cuts.

“He is doing a tremendous job not just here, but abroad,” added Hill before quoting the president, saying “We are not going to be your suckers anymore.”

We asked Hill if he would meet with the Environmental group in Tallahassee and the conservative legislator said he would, saying that he would like to address the work that President Trump has done for Everglades Restoration.

“Yes, I would meet with them and tell them look out he has given  money to Everglades restoration more than Obama ever did,” said Hill He is  doing tremendous things for the environment.”

Hill also took a jab at the CBD for filing all those lawsuits against the president.

“Just to attack him on political purposes, not on accomplishments, needs to stop, as do the of frivolous lawsuits,” said Hill.

Earlier, “green” Gov. Ron DeSantis, who was given a ‘D’ rating on the environment by the Sierra Club, praised Trump for including $250 million for South Florida Ecosystem Restoration (SFER) in his 2021 budget.

“President Trump understands that restoring Florida’s Everglades is critical to the economic growth and well-being of our state,” said Governor DeSantis. “This $250 million in federal funding, combined with more than $300 million of state funding for the Everglades in my recommended budget, will help us achieve our long-term environmental goals. The ball is now in Congress’s court to grant the President’s request so we can continue our efforts of restoring one of America’s most prized natural resources.”