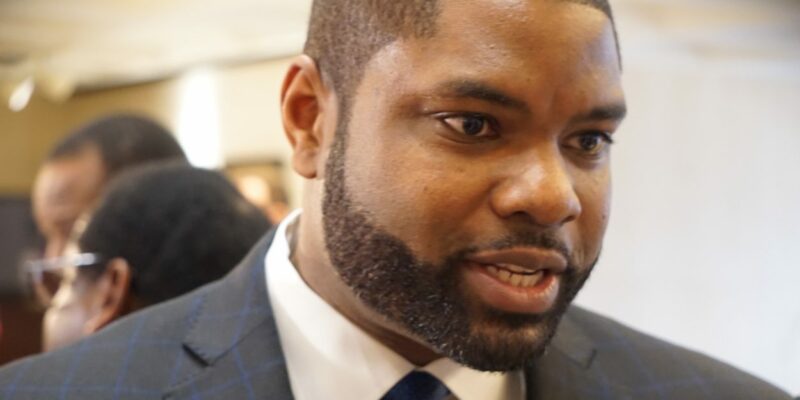 Byron Donalds announced his congressional candidacy by introducing himself as “the self-described gun-owning, liberty loving, pro-life politically incorrect black man who turned his life around from the streets to The State Capitol.”

And, since informing that he would be running to replace Florida Rep. Francis Rooney (R) and keep the seat red, he’s now taking on Democratic lawmakers in a bipartisan effort.

In an interview with Byron Donalds at a press conference held on Tuesday by the Florida African American Ministers Alliance for Parental Choice in the state Capitol, Donalds shared his thoughts on why he disagrees with the Democratic lawmakers.

“A religious school, whether you like it or not, has free exercise clause protections under the United States Constitution. And those have to be protected,” he explained.

In short, he asserted that “you are protected from the government,” arguing that “all of us are protected even in spite of things that we might not personally agree with.”

Biden: ‘Shameful Display’ for Trump to Award Rush Limbaugh with Medal of Freedom