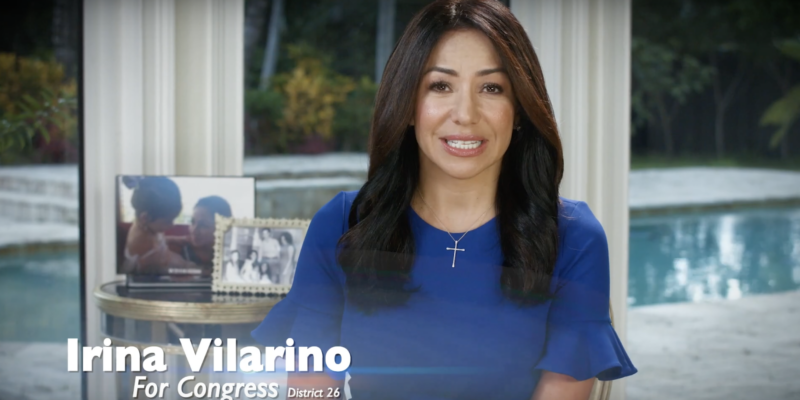 As the 2020 election fast approaches, important races are being fought around the nation as the world tunes in to President Trump.

Now, in Mucarsel-Powell’s reelection bid, she faces strong opposition in Irina Vilariño (R) who’s looking to turn the district red again, if she wins her primary race against Omar Blanco.

In a new advertisement, Irina not only introduces herself to Floridians, but the Republican hopeful also takes a stab at Mucarsel-Powell and the Democratic-Socialist wing of the Democratic party.

“My family fled communism in 1980 on the Mariel boatlift,” she begins.

“We arrived with nothing but the clothes we were wearing. Shortly after, my father opened a produce stand, and we all worked as a family,” she adds, and the advertisement shows newspaper headlines reading “Exile family succeeds together.”

After detailing how her family has become successful in the restaurant business, employing Americans and showcasing “American exceptionalism,” she assured that Government’s role is to protect “life, liberty and the pursuit of happiness” and to ensure that “each individual has the opportunity to reach their dream.”

However, she notes that American is currently threatened because “there are those on the extreme left that are looking to redefine America under Socialist policies.”

In turn, she expresses that her community is comprised of people that have been forced to flee their countries because of Government encroaching on their freedom. Many have had to flee because of communism, and she asserts that America must be protected because Americans should not have to continue fleeing.

Admitting that “we owe it to this great nation,” Irina calls for support, arguing that the growing sentiment for socialism must be combatted in order to preserve a free America.