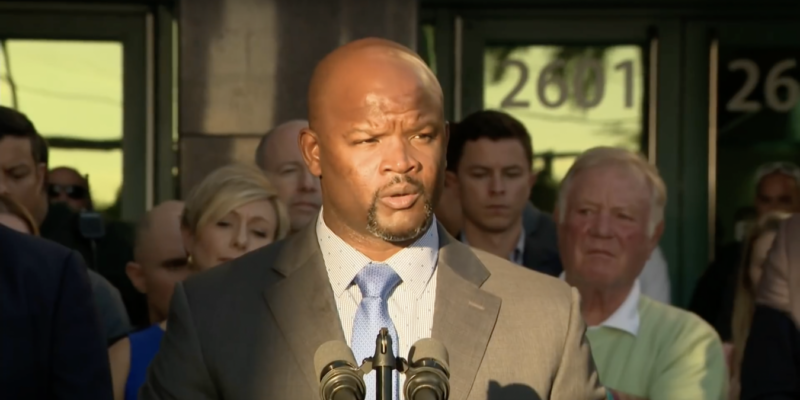 After Republican State Senators voted to permanently remove former Broward Sheriff Scott Israel after his office’s debacle in responding to the Parkland school shooting that left 17 students and teachers dead, Israel continued declaring his innocence and has positioned himself as the top Democratic choice to take on Democratic Broward Sheriff Gregory Tony.

Tony has already announced that he will look to retain the job he was appointed to by Gov. Ron DeSantis when Israel was suspended, so the table is set for a good ole fashion gunslinger showdown in Broward County.

Sheriff Tony has outraised Israel through his Broward First political action committee and has received the full support of many of the Parkland shooting families, including Broward County School Board member Lori Alhadeff, Ryan Petty, and Andrew Pollack.

But while Tony and Israel seem to be sucking all of the political air out of this soon-to-be hotly contested Democratic race for sheriff, there are other no-name candidates in the race vying for the job, and quite possibly a former Republican Broward Sheriff, Al Lamberti.

The life-long Broward Sheriff’s Office employee Lamberti was appointed back in October 2007 by then-Gov. Charlie Crist, and then won election to the office in 2008 before losing to Republican-turned-Democrat Scott Israel.

But now the rumors that Lamberti is considering a run for his old job – 8 years later – are confirmed to be true.

Lamberti is exploring the idea of running, the question is whether he will do it as a Republican, Independent, or Democrat.

While most will say that because he is so far removed from the public eye, Lamberti faces a very difficult, if not impossible path to victory against Sheriff Tony, were he to run as an Independent or Republican.

If he decides to pull a Scott Israel and do the old switcharoo and become a Democrat, Lamberti’s candidacy would be dead on arrival.

Lamberti will most-likely run as a Republican in hopes to garner GOP donations and support.

If Lamberti does run for sheriff as a Republican, he will garner Republican votes, but raising campaign cash from the county’s GOP movers and shakers could be his biggest obstacle.

Three prominent Broward Republicans, who wield considerable influence and have solid track records of supporting Republicans (all donated to Lamberti in 2012), told The Floridian that they would not support Lamberti, saying his time had passed, and that Tony was doing a great job after being appointed by DeSantis.

All three men, who asked that we did not name them in this story, fully-backed DeSantis during the 2018 gubernatorial sweepstakes.