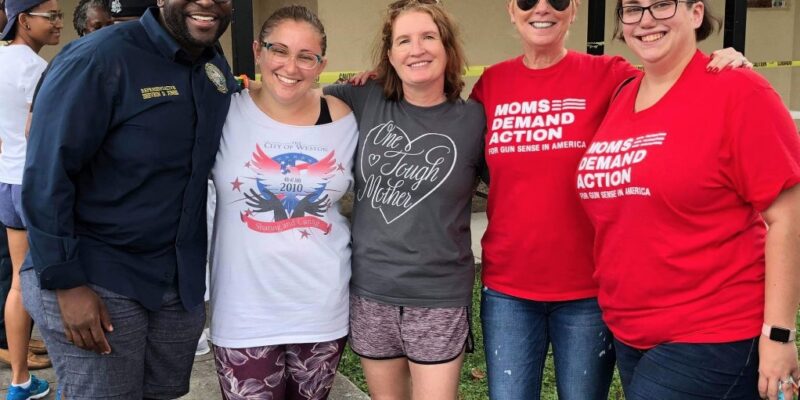 As Hurricane Dorian made landfall in the northern Bahamas, and all but destroyed cities like Marsh Harbor, Florida state Rep. Shevrin Jones (D) became the central figure of the storm and it wasn’t because decided to go outside and brave the storm conditions as many weather reporters do.

While the storm was hitting The Bahamas, Jones posted on Twitter heart-wrenching videos his family living in The Bahamas sent him about the destruction Dorian was causing. Jones became the Brian Norcross of Hurricane Dorian, giving up-to-the-minute updates on his family and the deteriorating conditions on those islands.

Even after the storm passed, Jones continued his effort to draw attention to the devastation and helped set up a hurricane relief drop-off location to aide in the recovery efforts.

Now Jones is asking President Trump and Senators Marco Rubio and Rick Scott to “waive” visa requirements for those Bahamians who are looking for refuge outside of the affected area.

“As Florida braces for Hurricane Dorian, our hearts break for those across the region who have already felt its wrath. The storm has destroyed and damaged tens of thousands of homes, crippled hospitals and shelters, leveled communities, and killed at least seven. My own family in the Bahamas — including cousins, uncles, and aunts who call Pine Wood, Nassau, and Freeport home — grapples with extensive flooding and damage, but are thankfully all safe and accounted for.

“I urge the Trump administration as well as Senators Rubio and Scott to waive U.S. visa requirements for Bahamians seeking refuge post-Dorian. I have spoken with Representative Frederica Wilson who agrees swift action must be taken before more lives are lost. It is inhumane to do nothing while thousands of our fellow human beings are left to languish without drinking water or shelter.”

Video from my family in the Bahamas 🇧🇸— –#Bahamas pic.twitter.com/Kbp8a7J5F2

#ThePEOPLE pulled together for the Bahamas today. People from all walks of life, political parties, and backgrounds, came together to bring help to our neighbors.

To everyone that’s doing your part, THANK YOU! #BahamasStrong pic.twitter.com/S9WT4WbHqI