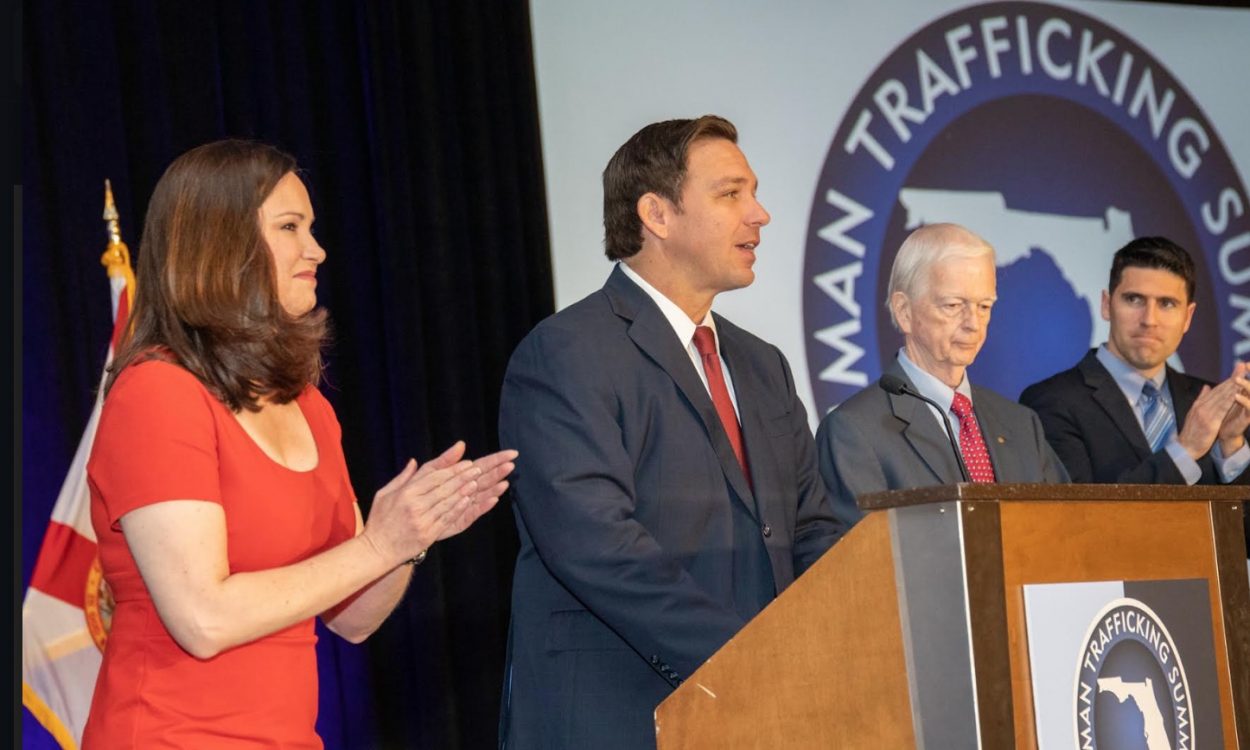 DeSantis vows to throw the book at human traffickers

Before Gov. Ron DeSantis (R) and Attorney General Ashley Moody (R) took office earlier this year and began to tackle the problem of human trafficking, their predecessors now-Sen. Rick Scott and former Attorney General Pam Bondi, along with Sen. Marco Rubio (R), spearheaded the effort to eradicate the epidemic in the state.

Gov. DeSantis and AG Moody are following where Scott and Bondi left off.

Attorney General Ashley Moody hosted her annual Human Trafficking Summit in Orlando on Monday to “eradicate all forms of trafficking” by bringing together well-versed local and national leaders that could shed more light on the issue.

Gov. DeSantis was in attendance and spoke early in the day about what the state of Florida is doing, and how it will negotiate the problem of human trafficking, saying that he would prosecute offenders to the “fullest extent of the law.”

“Human trafficking and those involved in its practices are a threat to the safety and security of all our communities,” said Governor DeSantis. “My administration is committed to ensuring criminals involved in this heinous crime are prosecuted to the fullest extent of the law and victims are returned to safety. While this issue remains a serious threat here in Florida, I’m proud of the great work people across our state are doing to push back.”

Gov. Ron DeSantis recently signed a bill into law to help curb human trafficking, and during his gubernatorial campaign, questioned why his then-Democratic opponent Andrew Gillum wanted to abolish the U.S. Immigration and Customs Enforcement agency (ICE), a government agency that has according to DeSantis, “has kept Florida safe by breaking up dangerous sex and human trafficking rings.”

“Human trafficking is a horrifying plight on society, and we are working hard to stop it. With three major international events planned in our state in the next two years, collaboration and strategic planning are essential. This year’s Summit brings together leaders from across the state passionate in our efforts to end human trafficking.”- Attorney General Ashley Moody