After being turned back on several occasions by the Department of Homeland Security for trying to gain access to the  Homestead Children’s detention center, and after pressuring the Trump administration to close down the facility, Rep. Debbie Wasserman Schultz (D) can now take a bow for her efforts to have the facility shut down.

This past weekend, the Department of Homeland Security announced that it had closed down the detention center and has shipped all of the children to other facilities around the country.

Wasserman Schultz, who filed the Homestead Act in Congress – a bill that would prohibit members of congress from being denied entry into facilities that housed illegal immigrants –  is now demanding that the Trump administration disclose where the hundreds of children detained at Homestead were sent.

In a statement obtained by CBS4 in Miami, Wasserman Schultz she wants a “full accounting” and states that the moving of the children was the Trump administration’s an “attempt to skirt scrutiny and responsibility” for the conditions in which detainees are allegedly held.

“While this is being portrayed as a safety measure, given this Administration’s abysmal and cruel track record, I fear it’s an attempt to skirt scrutiny and accountability,” said Wasserman Schultz. “These young people must be connected with eligible sponsors. They must not be reshuffled through this Administration’s brutish migrant detention system. It’s also disturbing that the facility was suddenly able to relocate more than 3,000 children in under a month.” 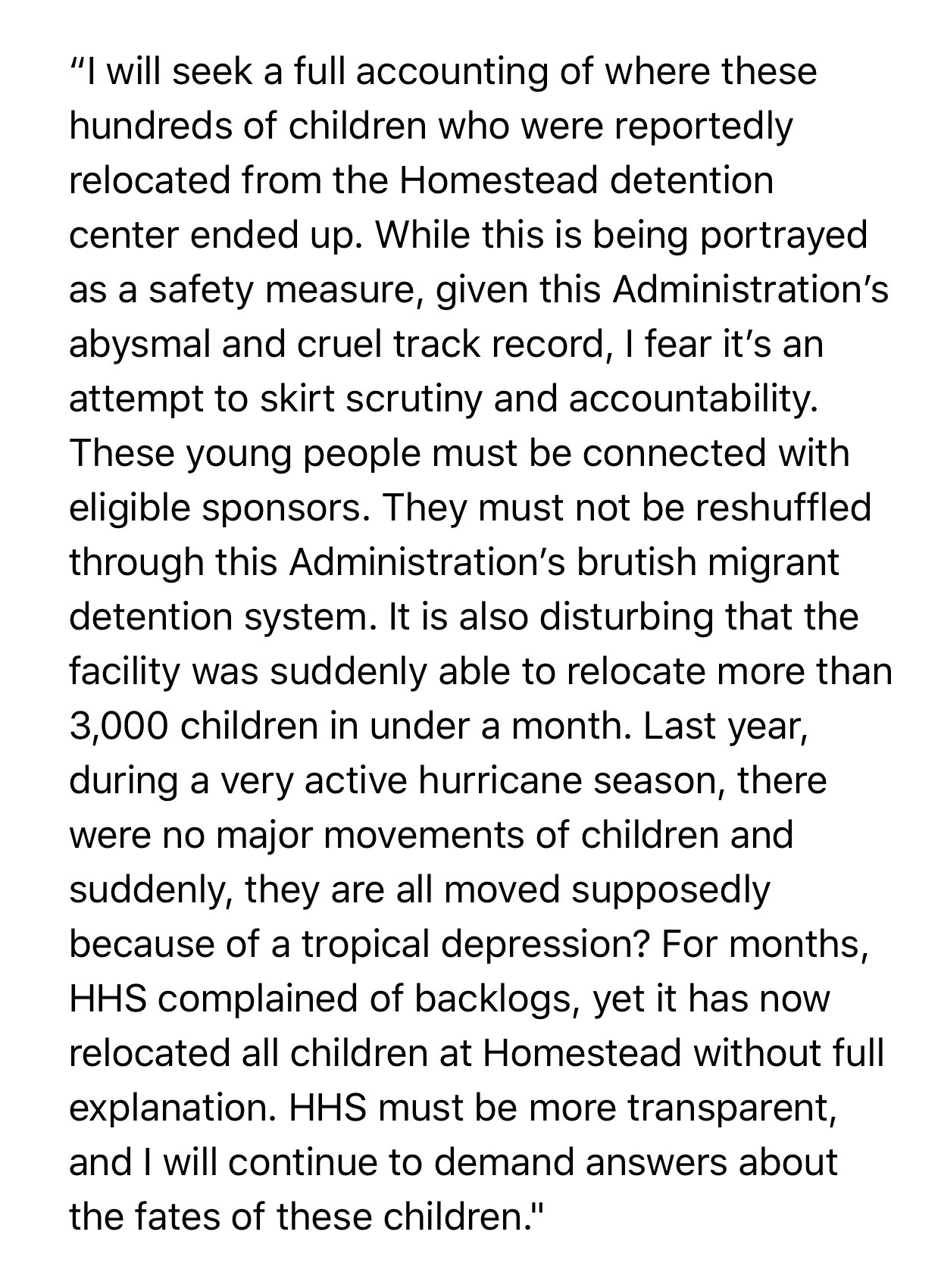 Wasserman Schultz, along with fellow South Florida Democratic Reps. Debbie Mucarsel-Powell and Donna Shalala, has been calling for the closing of the Homestead center since it’s existence first made national news headlines.

Just a week before the facility closed, Rep. Mucarsel-Powell toured the center for the 7th time, where she reiterated her call for the Dept. of Homeland Security to close.

The Homestead and El Paso immigrant detention centers have been at the center of the controversial illegal immigration detention crisis along the U.S. border with Mexico.