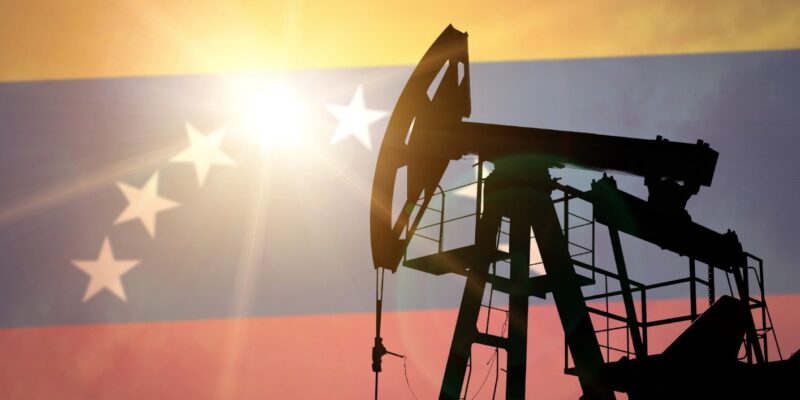 Trump’s imposing of a full embargo on Venezuela is designed to put enough pressure on Maduro in hopes that he will give up control of that country, but if Maduro loses power, who will fill the void, and most importantly, who will control Venezuela’s oil assets?

According to Stephen Moore, the former senior economic advisor to Donald Trump's presidential campaign, the threat the U.S. faces is that  U.S. “foreign policy enemies” Russia and China could “swoop in” and take control of Venezuela’s vast “energy resources,” if the U.S. does not play its energy cards right.

In an interview with HISPOLITICA, Moore said that when the  embargo against Venezuela was executed, American energy (oil) companies, like Shell and Chevron, were given a 90-day waiver to continue operating in that country, warning that if the U.S. foreign policy pressures American companies to leave Venezuela, foreign companies friendly or controlled by China and Russia, will likely fill that vacuum created by an American pullout.

Moore, who says he is a big proponent of U.S. domestic oil production and regime change in Venezuela, said The White is divided on the issue, with top economic advisors wanting U.S. energy companies to be allowed to continue operating in Venezuela, while the foreign policy folks are more focuses on “delegitimizing the Maduro regime.

Moore added that while the government wants to “accelerate the toppling of that government,” the U.S. can do so and help the incoming Venezuelan government rebuild by facilitating American energy production there.

“We don’t want it to fall into the control of hostile interests, and we don’t want them to be like Cuba and make friends with our foreign policy enemies,” said Moore. “Having a U.S. presence there keeps foreign companies from moving in and taking over a bigger controlling interest in Venezuela’s energy fields.

"On the one hand, the Trump administration is doing all it can, rightfully so, to bring an end to the nightmarish and inhumane reign of the Nicolas Maduro administration.

One way to hasten that downfall is to tighten the screws on Venezuela’s state run oil enterprise. That makes sense as it is about the only remaining industry left that is making money in this energy-rich nation."- Stephen Moore in op-ed for Fox Business

Rebuilding would be a whole lot easier if American energy companies were already in position there. Moore says that Venezuela isn’t producing much oil these days, with production bein “down well over half” and maybe even 80% down due to the “incompetence” of the Maduro regime.

A balance to the complex issue is attainable and realistic, the U.S. just needs to find the balance.