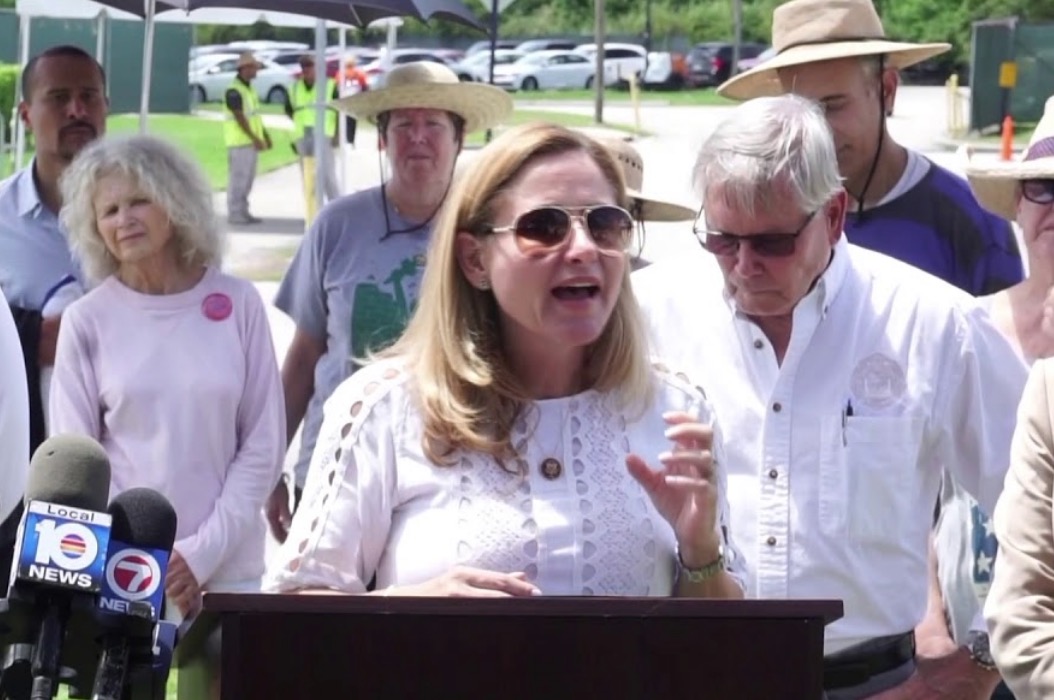 After the El Paso, Texas and Dayton, Ohio mass shootings that claimed the lives of 32 innocent people, and injured or maimed dozens more, Congressional Democrats have ramped up their rhetoric and efforts to ban “assault weapons” and background checks.

2020 Democrats along with most House Democrats, including Rep. Debbie Wasserman Schultz, firmly blamed the shootings on President Donald Trump, in hopes that their gun violence awareness efforts would affect the change that they have been seeking.

The bill has since stalled in the Senate, so now Mucarsel-Powell wants to hold Senate Majority Leader Mitch McConnell (R) “accountable” for not pushing the bill through.

Rep. Mast was one of five Republican co-sponsors of the bill.

Deutch, who recently took issue with the Florida Republican Party for hosting a voter registration drive at a regional gun show, somehow tried to tie the shootings in Texas and Ohio with the pre-planned voter registration event in Pembroke Pines, Florida.

“Is this how you send your “thoughts and prayers” to the families of victims of mass shootings,” questioned Deutch “Is this your response to horrific gun violence in our country? This is disrespectful to the victims & out of touch w/ Americans who want an end to gun violence.”

Shortly after the 2018 Marjorie Stoneman Douglas High School shooting, where 17 students and teachers were killed, the same gun show owner canceled the programed show within weeks of the mass killing. Deutch led the charge in urging the gun show promoter to cancel the event because the shooting took place in that very same county as the tradeshow

President Trump has already called for background checks and “Red Flag” laws to be enacted.