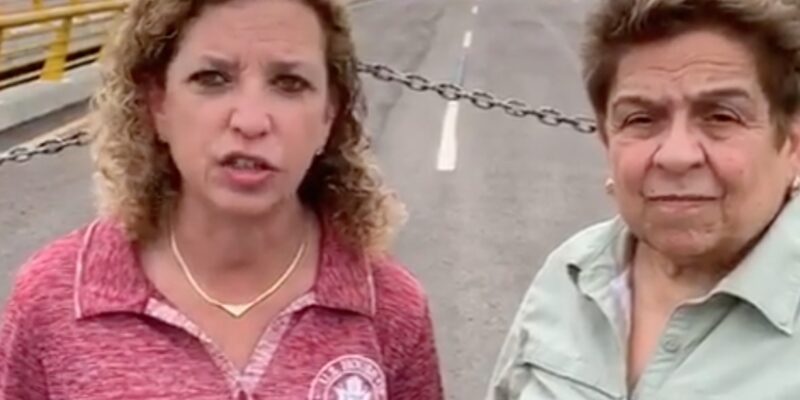 The situation in Venezuela is dire, and has been for quite some time. Dictator Nicolas Maduro has had his boot firmly planted on the necks of the Venezuelan people, and there hasn’t been much the U.S. or any other free nation, have been able to do about it.

President Obama all-but failed in the holding Maduro accountable for his human rights violations, as the former president was not able or capable of implementing meaningful and lasting sanctions against the regime.

President Donald Trump, with the help of Sens. Marco Rubio, Rick Scott and Robert Menendez,  not to mention U.S. Reps. Debbie Wasserman Schultz, Mario Diaz-Balart, and Debbie Mucarsel-Powell, has put much-needed pressure by way of sanctions, on the Maduro regime.

Sen. Scott has gone as far as to call for U.S. Military boots on the ground in that country.

There is bipartisan support that Temporary Protection Status (TPS) should be extended to Venezuelans who have fled their country, but President Trump has yet to grant the measure.

Aside from some of the crippling sanctions that he has imposed, Trump says he is “very seriously” considering granting TPS to Venezuelan exiles.

But talk is cheap in this situation according to Rep. Donna Shalala (D), who says she and her colleagues have been “calling on President Trump to address the political and humanitarian crisis in Venezuela,” but nothing has happened.

Shalala also mentions that Nicaragua and Haiti should receive TPS as well, and hopes that Trump will find the “courage to match his rhetoric with action.”

“For months and to no avail, my colleagues and I in Congress have been calling on President Trump to address the political and humanitarian crises in Venezuela, Nicaragua, and Haiti by granting and extending TPS. We have also introduced bipartisan bills addressing the crises. Now, the President is coming to South Florida – to the heart of the Venezuelan exile community. I hope he has finally mustered the courage to match his rhetoric with action. Mr. President: grant TPS now.”- Rep. Donna Shalala (D)

1,000 Troops Deployed to the Middle East

Trump accused of trying “to erase people of color”