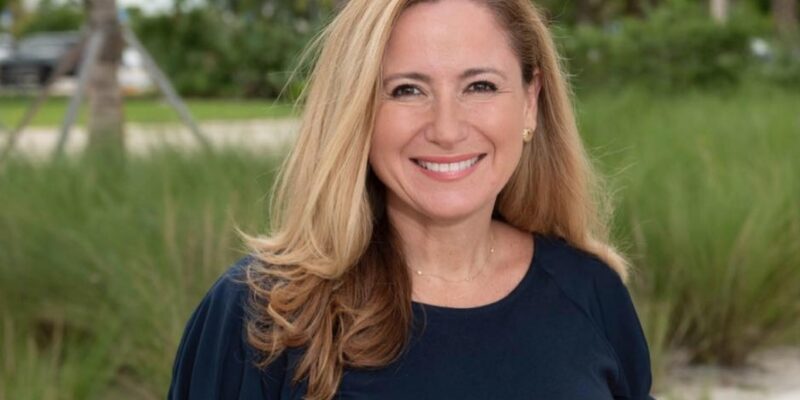 Florida Congresswoman Debbie Mucarsel-Powell (D), like most congressional Democrats, is upset over how the Trump administration is executing the nation’s immigration policy, and has called for the resignation of Department of Health & Human Services (HHS) Secretary Alex M. Azar.

Mucarsel-Powell is saying that the Trump administration has “broken down” the “moral fabric” of the country by the way it has dealt with the “humanitarian crisis” along the border with Mexico.

The “humanitarian crisis” Mucarsel-Powell speaks of is the illegal immigration problem that is occurring, as thousands and thousands of migrants are trying to enter the country illegally.

“Since President Trump doubled down (sic) on his ‘Remain in Mexico’ policies, stopped processing asylum cases, separated children from their families, and diverted sorely-needed funds from various government agencies to build a medieval and ineffective wall, our immigration crisis has only worsened,” said Mucarsel-Powell “In no place is that more apparent than at the Homestead child detention facility.”

Mucarsel-Powell, along with Reps. Donna Shalala (D) and Debbie Wasserman Schultz (D) have been denied access to the Homestead detention center during a couple of their “spot check” visits to the center, which has bolstered Mucarsel-Powell’s case for HHS Sec Azar’s resignation.

The freshman congresswoman mentions the “numerous children” that have died “while in custody” and has complained about the deaths of other adult illegal aliens while in custody.

“The Homestead child detention facility is a symbol of everything that is with rotten with the Trump Administration: numerous children have died while in custody of the Office of Refugee Resettlement; basic necessities like education, exercise, and legal services have been cut; and a hurricane evacuation and relocation plan has not been developed or shared publicly in a region prone to natural disasters,” said Mucarsel-Powell

But the deaths of illegal immigrants in U.S. detention centers have not solely occurred under the Trump administration.

A 2010 New York Times report uncovered a “culture of secrecy” within the Bush and Obama administrations that lead to many deaths.

Under the Obama administration, some 56 illegal immigrants died while in ICE custody, and another seven committed suicide between 1998 and 2018.

Between October 2003 and January 2010, 107 immigrants died in detention.[79] During the Obama administration, there have been 56 deaths of immigrants in ICE custody.[80] Further, between 1998 and 2014, at least seven immigrants committed suicide in the immigrant-only contract prisons described above.[81] While the United States government is highly secretive and non-transparent about the details surrounding immigrant deaths in detention, a review of 77 released medical case files revealed that in at least 25 of the cases the medical inadequacies of the detention centres “likely contributed to the premature death of the prisoners.”[82]– (Source)

The problems arising from housing illegal immigrants in ICE facilities has been brewing over 4 presidential administrations, including the Trump administration.

Trump is dealing with a tsunami of illegal immigration that has been brewing for over a decade.