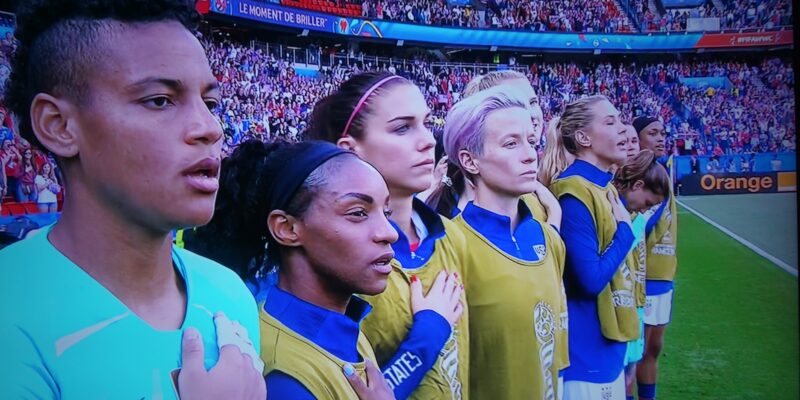 The national disgrace known as Women’s US Soccer player Megan Rapinoe continues displaying her anti-American sentiment on the world stage.

The openly gay midfielder has vowed to never address US flag or the national anthem, and continues her disrespect for the anthem of the country that has afforded her the opportunity to succeed in the sport that she so loves.

Shortly before the US match against Chile, Rapinoe was seen refusing to put her and over her chest or singing during the national anthem.

In front of millions of American children, many of them at the game itself, not to mention in front of the entire world, the anti-American Rapinoe showed that she is not capable of setting an example for those millions of children that may or may not look up to her, or that she can be a team player and put her selfish and petty pouting aside.

Prior to leaving for Paris, France for the opening of the 2019 Women’s World Cup, the US Women’s American team said that they had never felt more united as a team, and that they were focused on a team effort, and not the individual player.

Rapinoe must have had her headphones or forgot to remove her ear plugs when her fellow teammates made the team-unity remarks.

In the image above, Rapinoe’s teammates starting the match on the bench, joined the 11 starters by holding their hand over their chest as the national anthem was played.

Aside from Rapinoe’s selfish act, this was a team effort by players who truly appreciate the sacrifices that past and present U.S. servicemen and women have made so that they could be afforded the opportunity to represent their country in an international sporting event.

Rapinoe’s deliberate and continued attention-seeking protest of the national anthem while representing 330 million Americans, is nothing more than a disgrace.

This is no different than President Barack Obama bowing to our foreign enemies, and apologizing for the U.S. on foreign land.

Megan Rapinoe is a national disgrace. 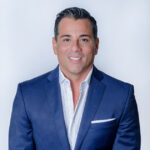