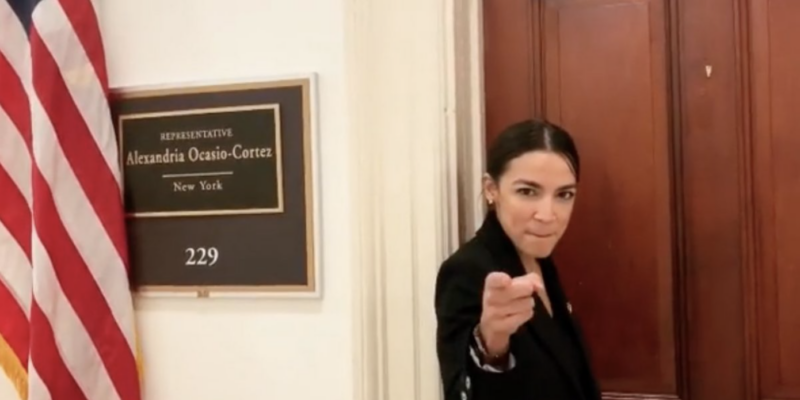 “It will be one of several or maybe many suggestions that we receive. The green dream, or whatever they call it, nobody knows what it is, but they’re for it, right?”-Speaker Nancy Pelosi

Republicans call Ocasio-Cortez’s deal a massive push for Socialism, and with Pelosi taking a not-so-subtle jab at the newly-proposed energy plan, Pelosi may have made the case for the GOP by just about labeling the idea as a non-starter.

But is Ocasio-Cortez’s deal dead on arrival, or will Pelosi use portions of the “Green New Deal” in a broader piece of legislation?

Fellow freshman Congresswoman Donna Shalala (D-FL) spoke to the Floridian about Pelosi’s apparent play against Ocasio-Cortez’s “Green New Deal,” echoing the leader by saying that there will be “a major proposal on the environment” that “ a lot of people are going to work on,” adding that “no matter what you call it, whether you call it the green new deal or…It’s going to be a big package for all of us”

“She (Pelosi) has appointed a commission under Kathy Castor from Florida who is a big expert on this subject. She has appointed the committee and their going to come up with major proposals. Before this congress is over, we are going to have major proposals on the environment, it’s important to my district, and it’s important to everyone’s district.

And this administration has dragged their feet, has denied that climate change exists, and in my district, there are no climate change deniers. I support Kathy Castor and all of environmentalists in the congress that are going to work on a big proposal.” –Rep. Donna Shalala (D-FL)