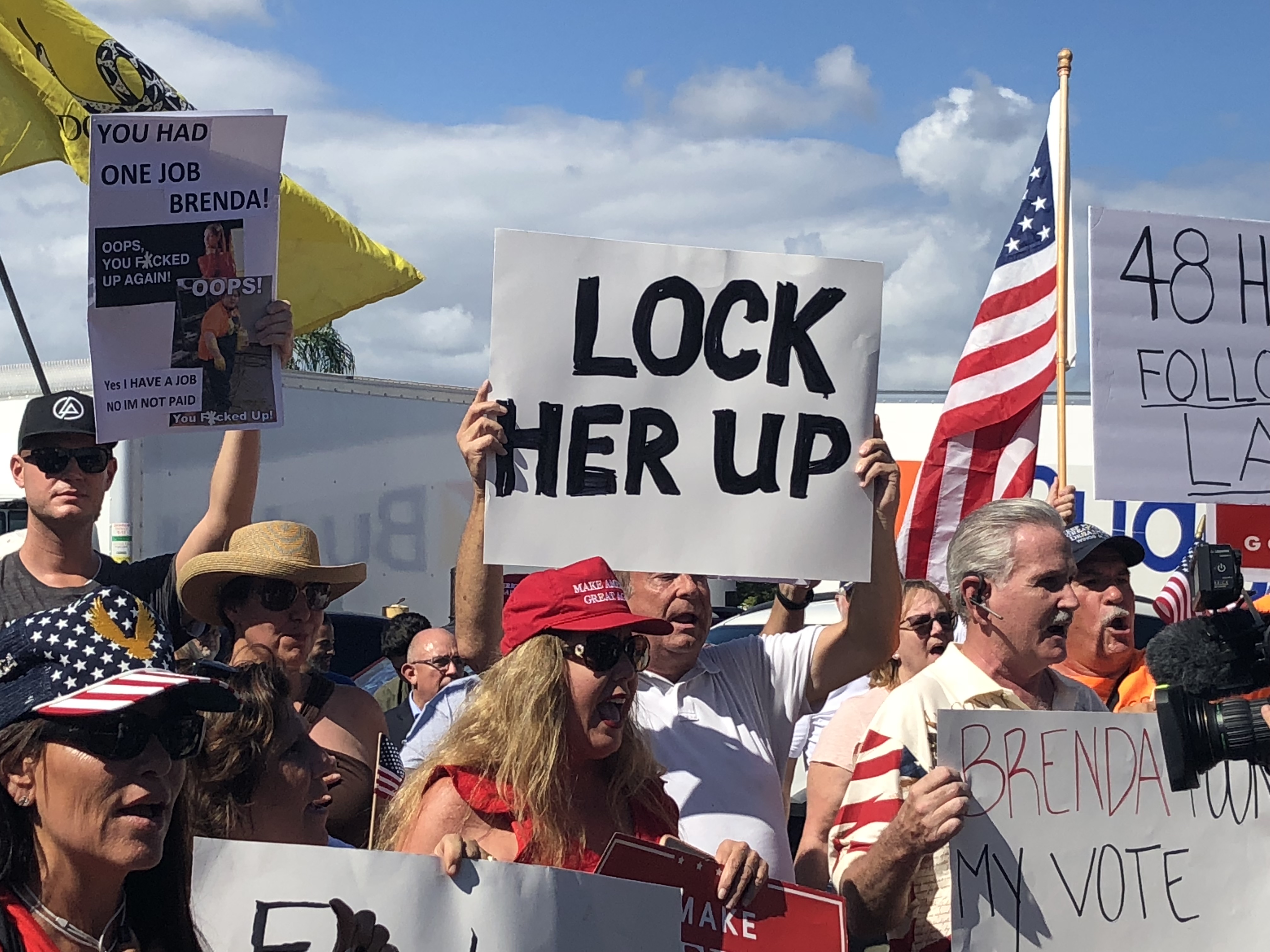 Protesters stand, wearing MAGA hats and holding up signs saying “Lock Her Up!” behind giant Enterprise rent trucks. They’re protesting, what they feel, is an atmosphere of election fraud looming over the recounts.

Governor Scott, after filing a lawsuit against Broward Supervisor of Elections Brenda Snipes for not providing information on outstanding ballots that have not yet been counted, addressed the issue on the footsteps of the Governor’s mansion in Tallahassee. He commented that nobody is stating “where they (ballots) came from or where they’ve been.” Governor Scott also warned that “Every Floridian should be concerned that there could be rampant fraud.”

Congressman Matt Gaetz, who won his reelection bid, is present in front of the office and got into a shouting match with a Democrat over the validity of the recount.

The office is headed by Brenda Snipes, the controversial Broward Elections Supervisor who violated state and federal laws by destroying ballots from the 2016 congressional race while they were the subject of a lawsuit against her office.

Below are pictures from the ongoing protest