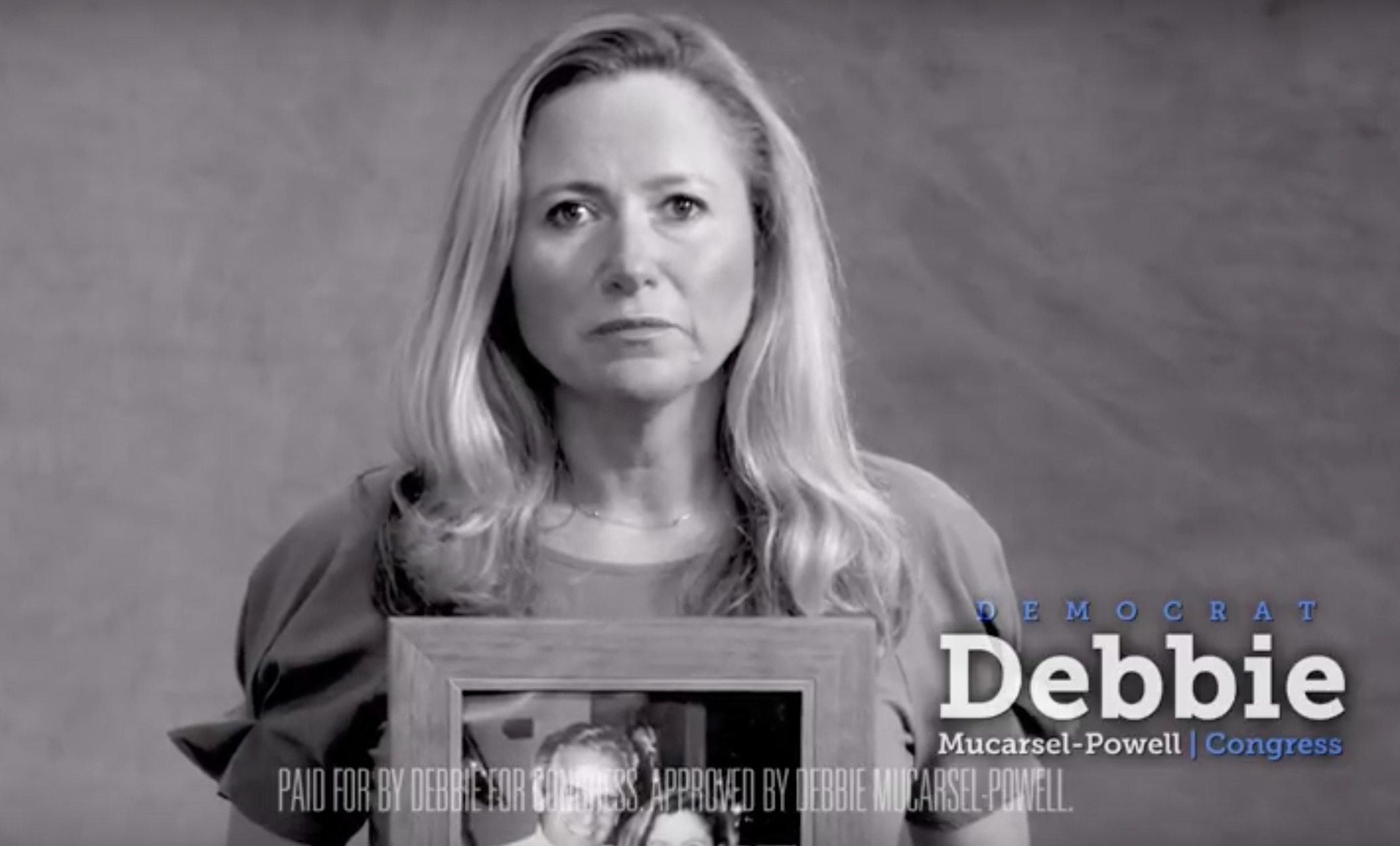 Democratic congressional candidate Debbie Mucarsel-Powell, who is in a tight race against Republican Rep.Carlos Curbelo, has made the gun violence issue the cornerstone of her campaign.

In her latest TV ad, Mucarsel-Powell says she will stand up to the NRA because her father was killed by a criminal with a gun when she was younger. In the same breath, Mucarsel-Powell states Curbelo is an NRA shill that has received big bucks from the group.

Considering that the NRA graded Curbelo with a ‘C,’ the Miami lawmaker is not one of those gun-toting Republican that Rep. Matt Gaetz or Rep. Ted Yoho are. Not by a long shot (pun intended).

Here is what the Miami Herald posted about Curbelo:

Assault Weapons Ban: NOT IN CONGRESS. In a statement Tuesday, Curbelo said, “Everything should be on the table.”

Purchasing guns while on the terror watch list: DIDN’T VOTE

Mucarsel-Powell did tragically lose her father after a criminal shot and killed him, but the crime as committed in Ecuador, not the U.S.

Mucarsel-Powell’s ad leaves that fact out.

Owning a gun of any kind in Ecuador is very difficult to do for law abiding citizens, but like in the U.S. and anywhere else, criminals will able to illegally access firearms.

How restrictive are Ecuador’s gun laws?

Only licensed gun owners may possess a ﬁrearm. To buy a gun, you must apply for an Ecuadorian gun owner’s license, which means you must provide a genuine reason for wanting to have a ﬁrearm. Examples include hunting, target shooting, gun collecting, or protection. The process also requires you to undergo an extensive background check that evaluates criminal and mental-health records. Applicants must be at least 18 years old. You must also be a legal resident of Ecuador. (source)

This race should be decided by less than 6 percentage points.