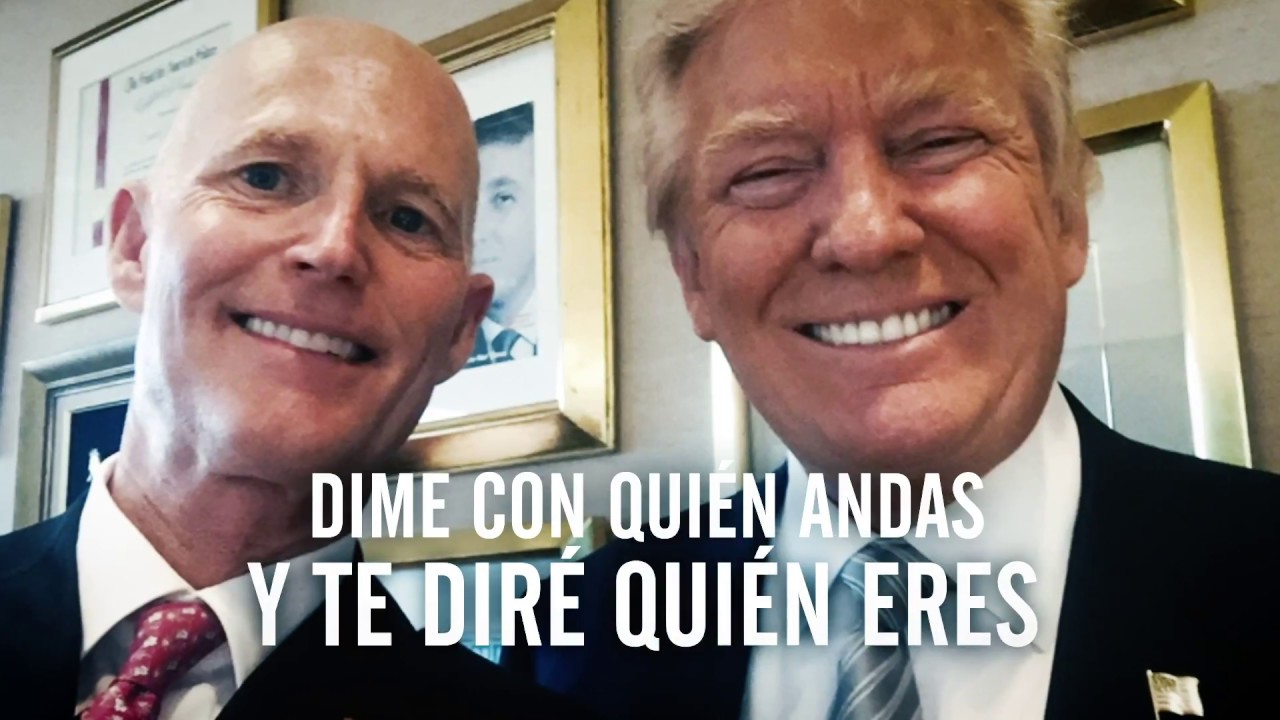 In the Spanish advertisement that’s 30 seconds, Florida voters are told, “Tell me who you hang out with, and I will tell you who you are. Rick Scott and Donald Trump are great/close friends/pals.”

This comes at a time when Senator Nelson is becoming more prominent in advertising since being largely mum during the primaries. Governor Rick Scott hit Nelson with several advertisements and polls even indicated that he was ahead of Nelson when it came to likely South Florida Cuban voters. In addition, a poll also showed that Governor Scott was better-liked and better-known among Puerto Rican voters.

Governor Scott is also choosing to campaign with President George W. Bush, and there’s been no announcements of whether or not he’ll be campaigning with President Donald Trump.

In the second 30-second advertisement titled “Know,” Governor Scott is questioned on his environmental record, and he’s also called into question for associating with a company that was fined for Medicare fraud.

In terms of where the race stands now, it’s considered a toss-up because both candidates are polling neck and neck.

Both advertisements can be seen below: