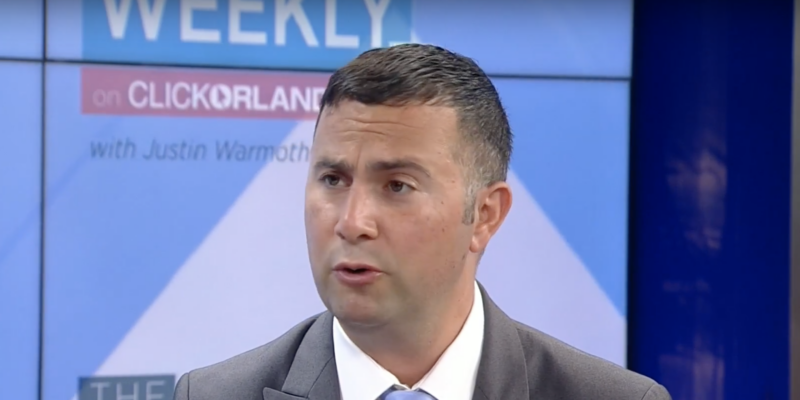 This week, Democrat Darren Soto scored big by having the U.S. House pass his proposal to help the Centers for Disease Control and other government agencies at both the state and local levels.

In March of last year, Soto proposed the “Strengthening Mosquito Abatement for Safety and Health (SMASH) Act.” The bill was proposed because it “supports and expands programs for mosquito-borne and vector-borne disease, surveillance and control” by extending CDC grants to battle mosquitoes through 2023 and ensuring those grants are more focused on battling mosquito-borne diseases, prioritizing areas facing health crises.”

Soto explained his reason for the proposal, saying that “During the recent outbreak of Zika, instead of strengthening this program, Congress decided to provide money solely for mosquito control to combat Zika. When that money runs out, that’s it. Instead of waiting for another crisis necessitating another expensive one-off Band-Aid bill, we should make the urgent investments needed to maintain the tools we already have.”

Specifically, the House supported Soto’s call for $100 million for mosquito control programs and allowing the CDC’s epidemiology-laboratory capacity grants program, which would entail $40 million a year until the 2023 fiscal year.

In response to the passing of the measure, Soto explained that “Infectious diseases cause by mosquitoes, like Zika and West Nile virus, continue to be a growing threat to public health. That’s why it’s crucial to study the impact and prevention programs for mosquito-borne and other vector-borne diseases, and this bill accomplishes these goals. We’re proud this bipartisan legislation passed out of the U.S. House of Representatives. With the support from Senator Angus King, leading the bill in the Senate, we are encouraged this legislation is one step closer to becoming law.”