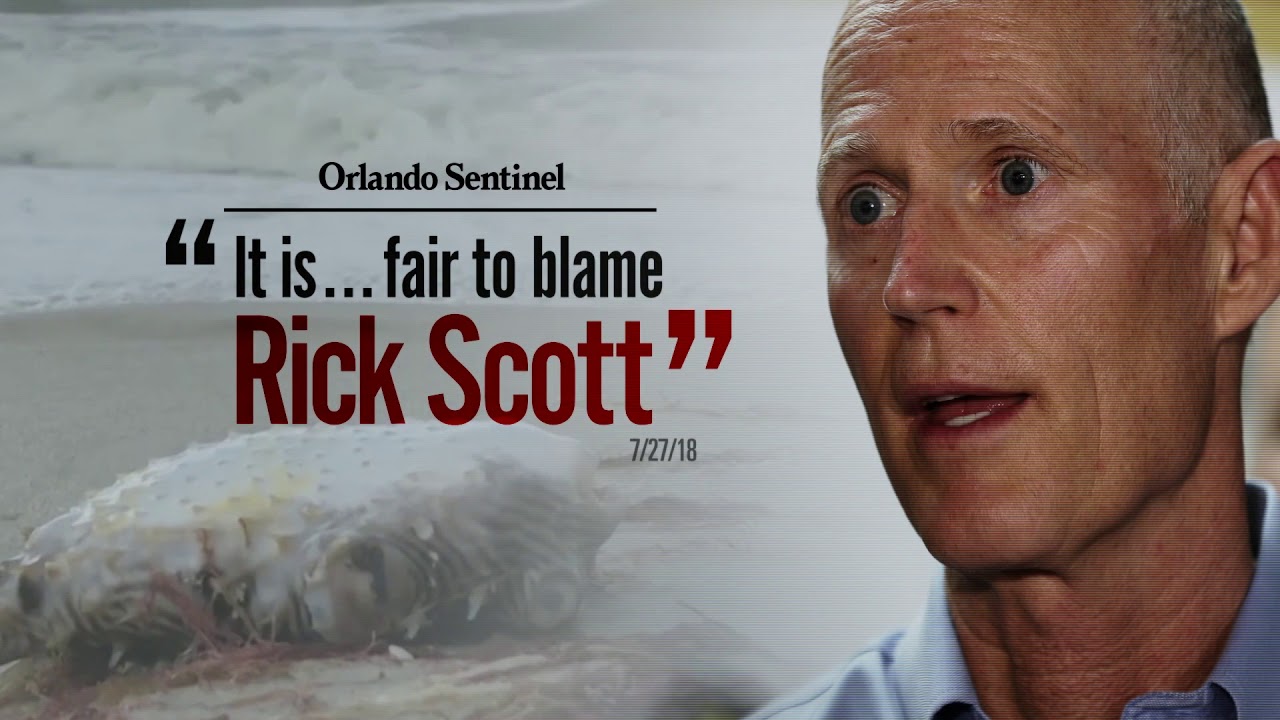 As the growing green-algae continues to flood the sunshine state’s coasts along with the incoming red tide, a new advertisement is placing the blame on Governor Rick Scott for the issue.

The new 30-second advertisement titled Mess was released by Marjory Forward, a group with ties to the Democratic-leaning Senate Majority PAC, and it comes at the heels of primary voting in Florida as Governor Rick Scott looks to unseat Senator Bill Nelson in the November midterm elections.

The advertisement argues that “Rick Scott gave corporate polluters like Big Sugar a pass — and we got this. So tell Gov. Scott clean up this mess.”

In response to the advertisement, Scott spokeswoman Kerri Wyland blasted Nelson and others for blaming Governor Scott for an issue that “that’s been neglected by the same federal government Nelson has been a part of for decades.”

She also added that “In fact, Bill Nelson himself pledged ‘to save Lake Okeechobee and make polluters pay for the cleanup’ in [a] campaign ad thirty years ago, but clearly, he failed to keep his word. No amount of misleading and negative attacks will hide the fact that Bill Nelson is -and always has been- all talk and no action.”