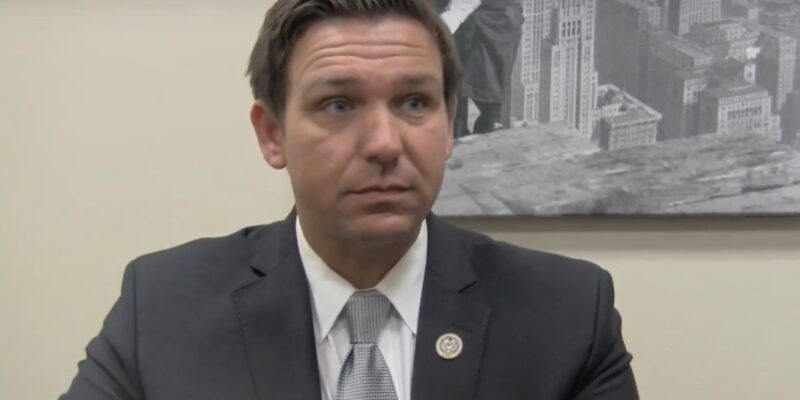 Congressman Ron DeSantis is currently seeking the Republican nomination to replace term-limited Florida Governor Rick Scott. His opponent is Florida Agriculture Commissioner Adam Putnam. However, President Trump has endorsed, not directly, DeSantis, and the Congressman has no worries about the President taking a sideline approach to the gubernatorial race.

Congressman Ron DeSantis is a brilliant young leader, Yale and then Harvard Law, who would make a GREAT Governor of Florida. He loves our Country and is a true FIGHTER!

While speaking to the Buzz, Congressman DeSantis explained that "There's clearly worry in Putnam's camp about the role he will play, but I would stay tuned on that. I mean the idea that anyone is telling Donald Trump what to do is just not accurate.

Though the tweet above is not considered a direct endorsement, the Congressman begs to differ.

He details that "The tweet speaks for itself. How many other candidates has he done that for in the whole country? You could count them on one hand. … And it's not just the tweet. I mean I have a whole highlight reel about things he has said about me being a strong leader, about me being a warrior, about what an outstanding job I have done."

A criticism that the Congressman has faced is that he is too far to the right to win the election, but he brushes off this election by likening the doubt of his campaign to other people that have won when facing the same shadow.