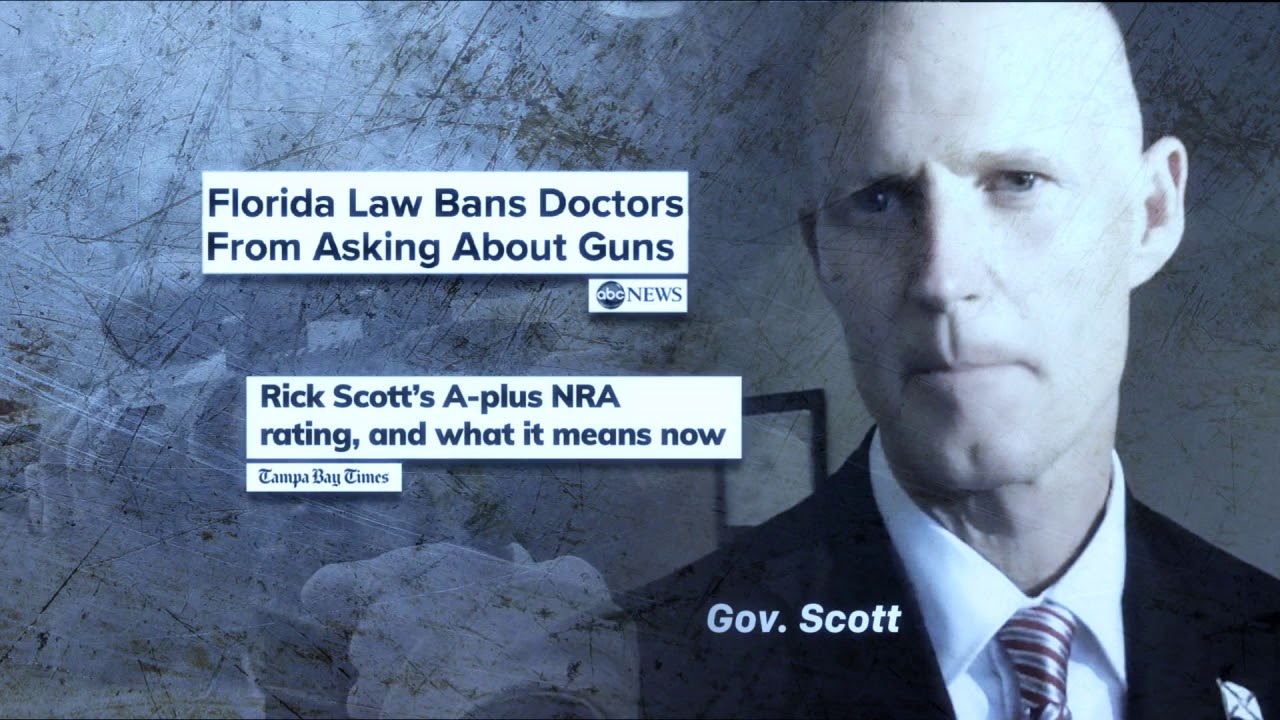 Florida Governor Rick Scott is under attack in the latest ad by the Giffords gun control group, which was founded by Arizona Congresswoman Gabrielle Giffords. On January 8th, 2011, Giffords was shot in the head during an assassination attempt. In addition, 13 people were injured and another 6 people were killed. After the shooting last week at Marjory Stoneman Douglas high school, gun control protests have been reignited, and the political advertisement looks to criticize Governor Rick Scott, who’s expected to announce his candidacy for the Florida senate.

In the ad, Rick Scott, holding an A+ rating from the National Rifle Association, is told that “we need more than your thoughts and prayers. Stop putting the gun lobby ahead of our safety.”

The advertisement, reportedly costing “a strong six figures” by Peter Ambler, the group’s executive director, will be running in Miami, Orlando, Tampa and Palm Beach. It highlight’s Governor Scott’s defense of the 2011 bill “Glocks vs. docs.”

In response to the attack, Lauren Schenone, a Scott spokeswoman, commented that “the Governor is not focused on politics” and that “He’s focused on finding real solutions to keep students safe.” She also added that the Governor would be announcing “proposals later this week.”

With growing tension between gun control advocates and proponents of the 2nd amendment, Democrats are pushing gun control to the forefront and it could be a pivotal issue heading into the 2018 midterm elections.