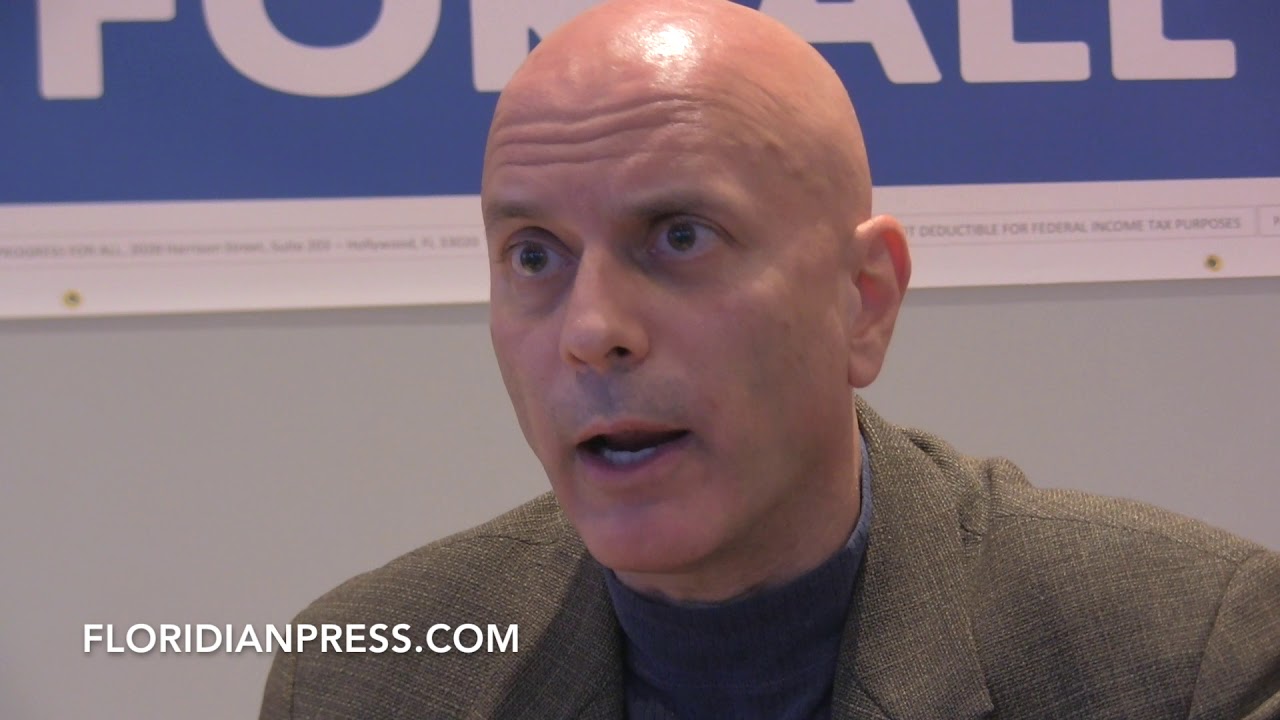 During the 2016, presidential primary election the Republican Party (the world) was jolted when now-President Donald Trump entered the field of aspiring candidates and changed politics as we know it.

But while Trump sucked up most, if not all, of the political oxygen of the election cycle, Law Professor Tim Canova rode the Bernie Sanders for President wave and primary challenged, almost upsetting one of the Democratic Party’s most celebrated and staunch members, Rep. Debbie Wasserman Schultz.

While he is not Donald Trump by any stretch, outsider Canova, much like Trump, has been able to garner the support of a portion of the electorate Democrats only dreamed of doing. Canova lost to Wasserman Schultz on election night but not after taking a pound of flesh out of her and the Democratic Party establishment, who had already decided to back Clinton over Sanders, and all-but condemned him for even daring to challenge her congressional seat.

Shortly after the 2016 election cycle ended, Canova started “Progress for All,” a 527 organization whose focus is to address climate change, end the war on drugs, push for fair trade, and overhaul campaign finance reform.

Aside from his 527, Canova has refiled to run against Wasserman Schultz in Florida’s 23rd congressional district. According to Canova himself, he never stopped campaigning and has been able to keep campaign momentum going.

During a recent interview with The Floridian at his Hollywood, Florida campaign headquarters, Canova took the time to outlined the policy differences between he and Wasserman Schultz.

Because Wasserman Schultz and Canova are both unapologetic liberal Democrats, the two are in lockstep on the issues of “Gay” and “women’s rights” but on economic issues, the law professor says they are worlds apart.

Canova contends that Wasserman Schultz is “beholden” to corporate interests, and has ignored the current “jobs crisis” in south Florida.

It is fair to say that there is no love lost between the these two.

Canova believes ‘DWS’ should resign from the U.S. Congress, and questions why the congresswoman got involved in his public records request for cast ballots after the 2016 election.

“Shouldn’t she be welcoming an inspection of ballots and transparency to put aside all concerns about the validity of her election?” This is someone who does not believe in Democracy, I believe she should step down.”

Stay tuned for Part 2 of the Canova interview…