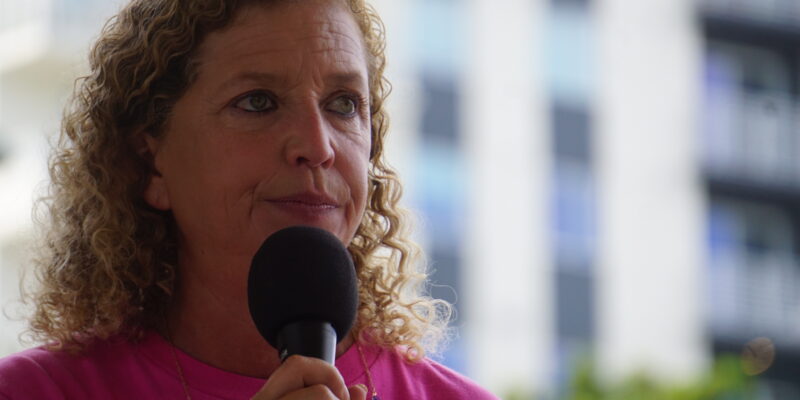 Over the weekend, Florida Rep. Debbie Wasserman Schultz (D) appeared on "Facing South Florida" with Jim DeFede to discuss the recent vote to elect California Rep. Kevin McCarthy (R) as Speaker of the House. While Republicans championed their majority in the House for ousting California Rep. Nancy Pelosi (D) as Speaker, critics questioned the infighting among GOP members.

Republicans argued that the disagreement within the party is an example of democracy, but Democrats that voted for New York Rep. Hakeem Jeffries (D) as Speaker time and time again, said it was nothing more than disorganization that would prove to be counterproductive to the country's progress.

In the interview with DeFede, Rep. Wasserman Schultz slammed the vote for McCarthy, saying that “it was like nothing I’ve ever experienced before as a legislator.”

“Tt was chaotic,” she said, calling it an effort of “purely and simply a raw, power struggle.” Because McCarthy has been "desperate" for the role, she further expressed that his win only emboldens the “right-wing, MAGA extremists.”

The American people will end up losing because it will only result in “legislation that has no chance of becoming law" being brought to the floor for votes. Citing the effort to remove funding that would add 87,000 employees to the IRS, Wasserman Schultz commented that doing would only allow people to cheat on their taxes, and it makes it much more difficult for people to receive their refunds. “The IRS needs to have more help,” she said, adding that Republicans have also prioritized “criminalizing a woman’s right to control her own body.”

In turn, when asked if anything could come out of this Congress besides “keeping the light on and paying our debts," she said that there are moderate members that could find common ground on immigration concerns.