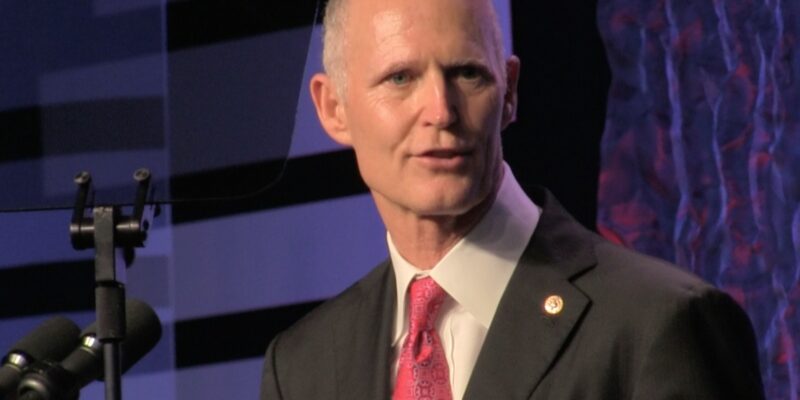 With recent talks of President Joe Biden (D) removing Cuba from the state sponsor of terrorism list, Florida Senator Rick Scott (R) warns of the possible danger of his actions.

In a tweet, Sen. Scott said, "Removing #Cuba from the State Sponsor of Terrorism List gives evil dictators exactly what they want – we cannot let it happen. Biden needs to ditch his failed appeasement agenda that threatens America's national security & stands in the way of global progress & stability.”

Removing #Cuba from the State Sponsor of Terrorism List gives evil dictators exactly what they want – we cannot let it happen.

This statement comes after last year’s warning from Sens. Scott and Marco Rubio (R). In their statement, they claimed that “Delisting companies from the Restricted Entity List, or discarding the list entirely…[would] be seen as rewarding the regime for its oppression of peaceful demonstrators, including minors, and demoralize those who continue to fight for freedom on the island.”

Members of the Bush administration, such as Larry Wilkerson, assistant to former Secretary of State Colin Powell (R), have dismissed fears of Cuba’s status as a state sponsor of terrorism. Wilkerson even went so far as to say that it is “a fiction.”

However, Cuba has continuously worked as a safe haven for numerous revolutionaries and terrorists.

In Scott and Rubio’s 2022 letter, he addressed Biden and stated, “At the start of your presidency, your administration announced a foreign policy ‘that is centered on the defense of democracy and the protection of human rights.’ On December 9, 2022, you pledged to ‘continue holding accountable Cuban officials responsible for violence against peaceful protests.’ The American and Cuban people yearning for the respect of human rights on the island expects you to live up to these promises.”

The Biden Administration’s controversial plan to ease tensions with Cuba could prove to be harmless, but it could also dangerously backfire.