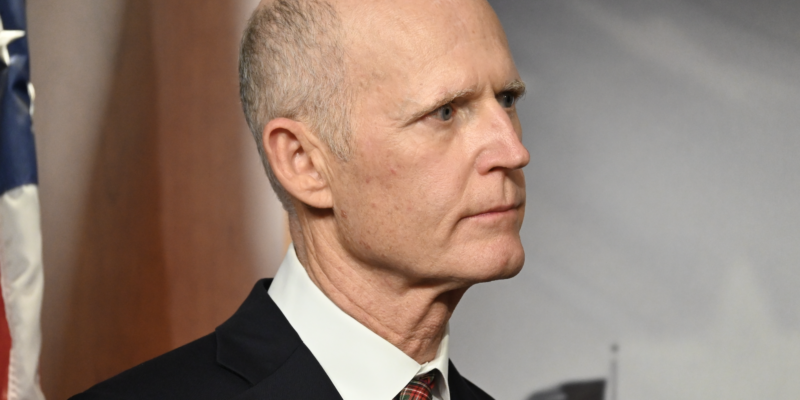 Florida politicians such as Sen. Rick Scott (R-FL) have been keen on endorsing legislation that promotes term limits for members of Congress, saying that the United States cannot get its fiscal house in order as long as it doesn’t change its tendency of politicians making public servitude a career.

The bill is part of Sen. Scott’s Make Washington Work plan, which includes the creation of a presidential line-item veto for appropriations bills, as well as a requirement for new legislation concerning the creation of new taxes or fees to acquire two-thirds votes in both the upper and lower chamber in order to pass.

“I’ve spent the past few weeks traveling the state to talk to Floridians and hear firsthand how they want THEIR government to work better for THEM. It’s clear that the dysfunctional status quo in Washington isn’t working for the American people. Our economy is in shambles under Joe Biden’s failed presidency, with a $31 TRILLION federal debt crisis that Biden and Democrats are determined to ignore, sticking their heads in the sand while families bear the consequences. We’ve all had ENOUGH,” stated Scott in a press release.

Scott would go on to mention that “it’s time to reimagine government,” and that the proposals he introduced is “a great place to start.”

If we don’t change how Washington works, we’ll never get our fiscal house in order. It’s time for bold change to reinvent government and put American interests first, and I’m proud to again propose several Constitutional amendments to help make that happen. It is far past time for commonsense policies like term limits for members of Congress, a line-item veto for federal appropriations bills and requiring a 2/3 majority to approve any legislation creating new taxes or fees. It’s time to reimagine government, and these proposals are a great place to start,” said the first-term Senator.

Moreover, Gov. Ron DeSantis (R-FL) has always looking to implement an Article 5 amendment with the help of politicians from other states in order to enact term limits nationwide as well.

“Florida is taking the lead. As Governor, I’ll work with governors and legislators in other states to move the Article 5 process forward.  We have to go around Congress to impose term limits and a balanced budget amendment— we need to do this for the future of our country,” said Gov.DeSantis in 2018.

DeSantis is currently serving his second and final term as Governor of Florida.