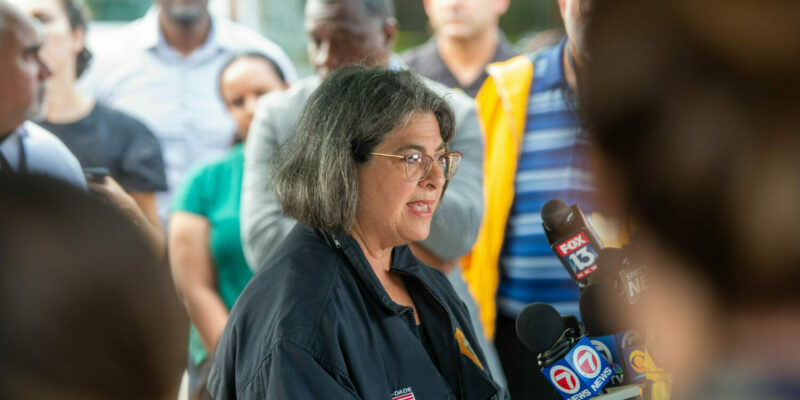 This weekend marked the 50th anniversary of the controversial Roe v. Wade decision. Since the U.S. Supreme Court struck down the ruling last year, Democrats have fired up their base by calling on support to codify it.

To celebrate the occasion, Democrats are sharing their thoughts on Roe v.. Wade and calling on Americans to remember what’s at stake.

Miami-Dade County Mayor Daniella Levin Cava shared her thoughts on the issue, taking part in a protest to mark the occasion.

“Instead of a celebration, today is instead a stark reminder of the Supreme Court’s decision to reverse Roe, erasing the rights of women and girls across our nation,” Levine Cava expressed, adding that “a generation of Americans dedicated their lives to the fight to preserve women and girls’ fundamental freedom to make safe, informed health decisions about their own bodies.”

She further called for “Congress to do what is right and codify those freedoms into law, helping to ensure that our daughters and granddaughters have the same basic rights that their mothers and grandmothers held for nearly 50 years.”

Levine Cava then made a call “to women and girls everywhere,” saying that she understands “this has been hard, but it is not the end – the long fight to protect our rights continues, with more urgency now than ever before.”

Last year, a memo leaked indicating that the Supreme Court would be reversing Roe vs. Wade, which sparked protests and furor across the country. While Republicans praised the decisions, arguing that states would now be able to decide their own assessment of the issue, Democrats chastised the decision as an effort against bodily autonomy.

“We won this fight once; we will do it again,” Mayor Levine Cava assured supporters.

On the commemoration of the 50th anniversary of Roe v. Wade, let us stand together in the fight to protect reproductive freedom. pic.twitter.com/k5ONbVIP2W