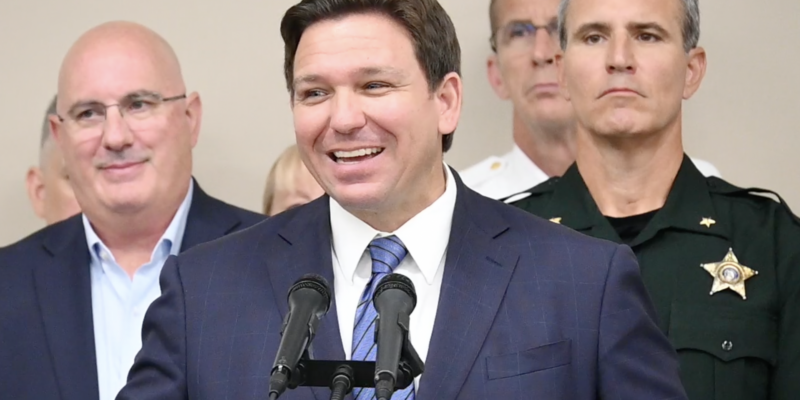 Someone may want to notify Gov. Ron DeSantis’s Executive Office that the Governor's official website is catfishing America by using his 10-year-0ld official congressional picture as his current official Governor of Florida portrait.

Look, we get it. Staffers probably forgot to change up the image four years ago.

But wait, why would they even consider using his old congressional image where the actual pin is staring you right in the face for his official gubernatorial portrait?

The acronym WTF comes to mind.

It's also hard to comprehend that no one, I mean no one, caught onto this little oversight.

Of all the images taken of DeSantis during the 2018 gubernatorial cycle, and the thousands of pictures taken of him by both his official office and his reelection campaign throughout his first term in office, no one caught on to this?

It reminds me of those dating apps where people like to post “current” pictures of themselves when they were 30 pounds lighter, and 20 years younger.

You all know what I am talking about because many of you reading this story have probably done a little bit of catfishing yourself on some dating app.

This is an obvious staffer’s blunder and not an oversight by DeSantis himself.

The DeSantis’ run a very tight ship, and trivial stuff like this does not usually fall under their watch.

We, The Floridian, would like to offer Gov. DeSantis any of the images we have of him on the website to use instead of the congressional picture that is currently up.

Florida Gov. Ron DeSantis served in the U.S. Congress for 3 terms before being elected Governor of Florida, and reelected as “America’s Governor.”