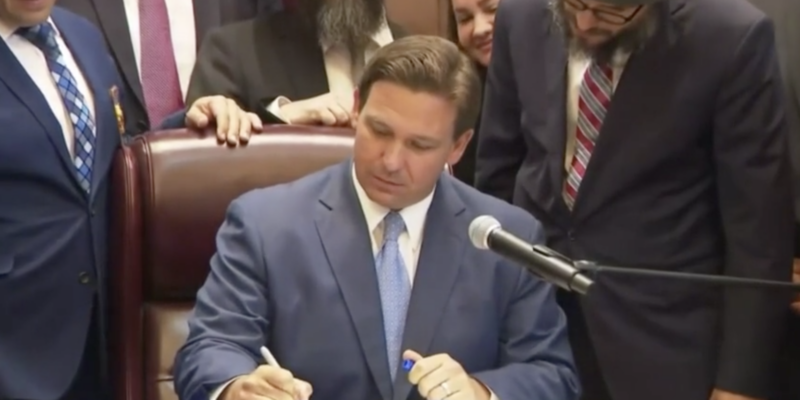 With just hours before the final polls close in counties across the state of Florida, Gov. Ron DeSantis (R-FL) reminded Floridians about the institution of the first annual “Victims of Communism Day” in the Sunshine State. From here on out, every 7th day of November in Florida will be dedicated to this concept. It was instituted in July of this year.

Whether it was the famous “wet foot, dry foot” policy or other approaches to immigration from Marxist/socialist nations in Latin America, The United States (like it or not) has always been relatively lenient to those fleeing Communist nations.

The DeSantis press release stated that this day has been established in order to “honor the memories and sacrifices of those who suffered.”

“Florida is home to millions of individuals who came here seeking freedom from countries controlled by Communist governments, including Cuba, Venezuela and Nicaragua. To honor the memories and sacrifices of those who suffered under these despotic regimes the Legislature passed and Governor DeSantis signed HB 395 to establish a yearly day during which students in Florida’s schools will learn about the atrocities committed by Communist regimes and the more than 100 million people who were persecuted and lost their lives in Communist countries,” according to the press release.

“At a time when Marxism, socialism, and communism are actively promoted by prominent politicians and pop-culture figures in our own country, it is more important than ever to teach Florida’s schoolchildren about the horrific history of Communist countries and to provide them with opportunities to hear from individuals who suffered under the rule of Communist dictators,” said Governor DeSantis.

He would also go on to mention that fact when we learn the atrocities of communism, it can light motivate us to want to defend the American way of life.

“When we comprehend the horrors of the past brought about as a result of this evil ideology, we are inspired to defend our nation’s republican government, its free enterprise economy, and its vibrant religious traditions and civil society from the forces which seek its destruction,” said DeSantis.