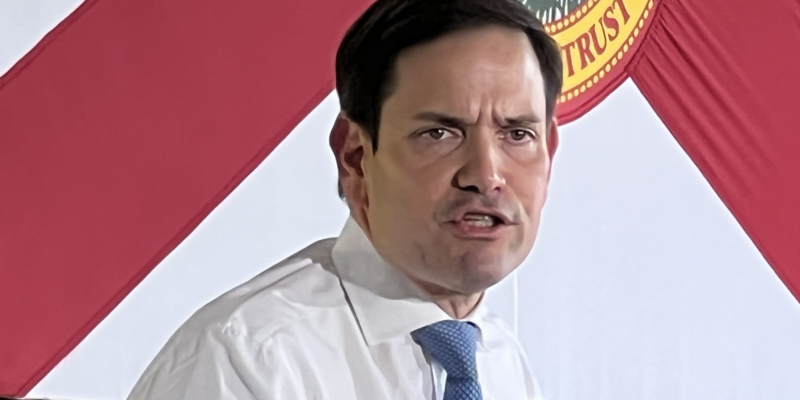 The Senate race between incumbent Marco Rubio (R) and challenger Rep. Val Demings (D) has been tight, but now it appears as if Sen. Rubio is creating some distance between himself and Rep. Demings. According to the latest Mason-Dixon poll, Senator Rubio is ahead 47% to Demings' 41%.

The poll notes that this is not drastically different from February's survey, where Rubio was ahead 49% to Demings' 42%. Additionally, respondents who recognized Rubio's name viewed him significantly more favorably than those who recognized Demings, with 48% holding a favorable opinion compared to 33% of respondents who held a favorable opinion of Demings.

One interesting portion of the survey examines the demographic makeup of the survey respondents. 53% of men favor Rubio, while 44% of women favor Demings. Demings also holds the advantage with the age under 50 crowd, 44% of respondents under 50 favor Demings, while respondents older than 50 favor Rubio at 53%. When divided by region, Rubio beats Demings in every part of Florida save the Southeast, where Demings is favored 51% to 34%. However, the most surprising area is in the racial makeup of respondents. Rubio and Demings are evenly tied at 45% for the Hispanic and Latino vote, which has become a competitive demographic nationwide. Furthermore, by party affiliation, Rubio holds a 5-point lead among Independents.

In addition, the poll asked Florida voters for their approval rating of President Biden (D). Over half of all respondents disapprove at 54% compared to 42% approved. This majority disapproval of Biden is across nearly every demographic, sometimes by a razor's edge. Biden only receives a majority approval among Black or Democrat respondents, and only a narrow lead in approval in Southeast Florida.

Overall, unless Demings is able to pull an October surprise, it looks like Rubio will win. 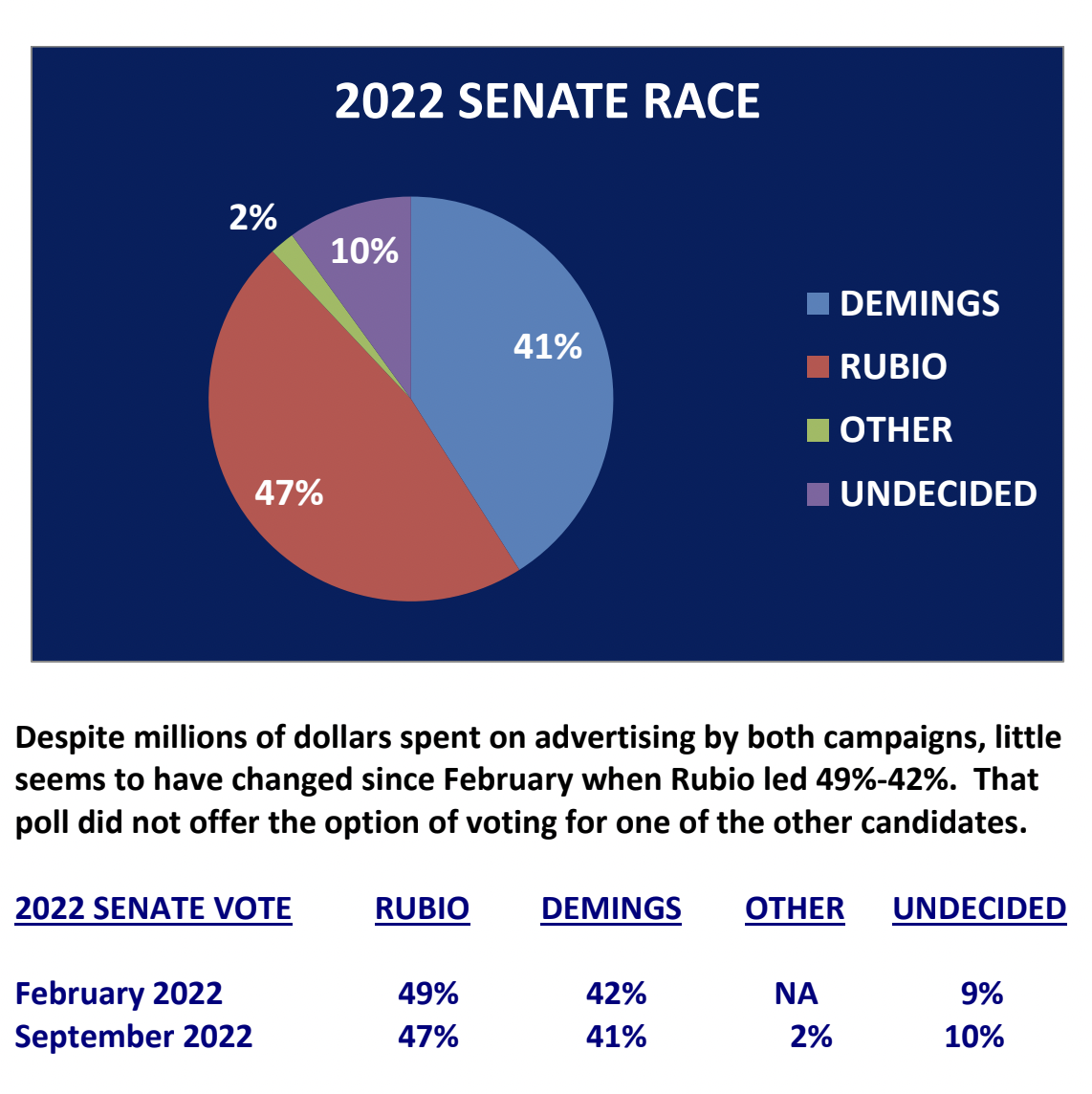