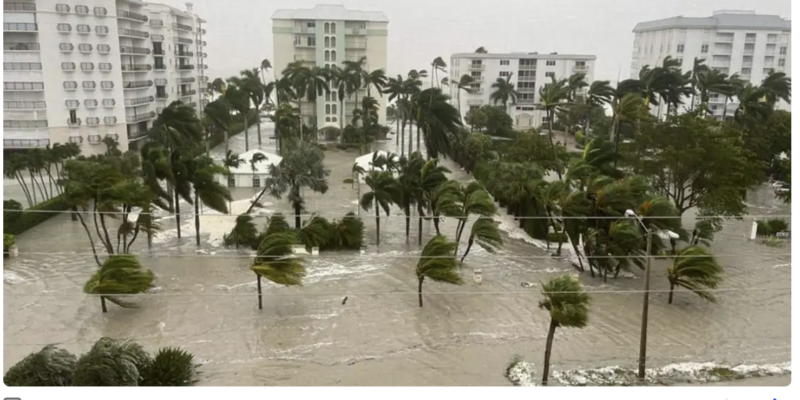 Recovery in Southwest Florida after Hurricane Ian has crossed a major milestone today. Wednesday, Gov. Ron DeSantis (R) held a press conference in Matlacha announcing the building of a temporary bridge to Pine Island ahead of schedule. While some final inspections remain necessary, the speed at which the bridge was built is nothing short of extraordinary.

"I'm happy to say we're able to be here to today, and emergency vehicles are going to start going across, probably in about an hour, they're doing the final run-through and the final inspections, and then later today, the public will be able to access this bridge," says DeSantis.

He details that the bridge's projected completion date is the end of the week, and instead is completed in the middle of the week. "And if you think about waking up Thursday morning and seeing the images of this, and you said, "well, the state will be able to get that bridge restored, at least on a temporary basis, in less than one week's time," I think most people would have taken the over-under on that," DeSantis comments, referring to how slowly the government normally moves. "Just knowing how government is, it would have taken them a week just to even have a meeting, usually, about stuff like that," he says.

DeSantis optimistically adds that "I think we have the chance to bounce back a lot quicker than people think. I think there's a lot of great spirit on the island, and I think folks, they just want to be able to stay there, and be able to go about their lives like they will. You obviously can't do that without this bridge."

It is no wonder, then, that District 4 candidate Sen. Aaron Bean praises DeSantis in a conversation with The Floridian's editor Javier Manjarres. "I'm just grateful to have Governor DeSantis on top of it. The man's rocking it. Anyone that cooks at Waffle House is a big deal," Sen. Bean.

Bean also added that the St.John's River in his district continues rise even as Northeast Florida sustained more of a wind event than anything else.

DeSantis tweeted much of the conference Wednesday afternoon: