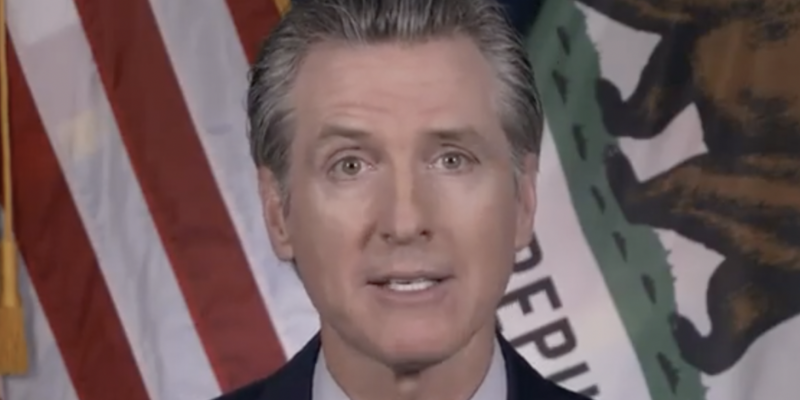 The nation is now two weeks away from the 2022 midterm election, and it is more prominent than ever that Democrats are running on the issue of abortion. They have bet the house on abortion.  California Democrats have recently pushed out a new abortion ad, but have been caught in a devastating lie.

Macy Petty, a young pro-life advocate, was incidentally featured in a new pro-abortion ad run by California Democrats.  The footage of Petty crying was used to display women being, "Sad," after the overturning of Roe v. Wade.  What is left out of the video is that Petty was crying tears of joy in response to the ruling.

Petty was present in Washington D.C. at the Supreme Court on June 24, 2022, the day the Dobbs decision was released.  She was holding a Students for Life sign with a group of pro-life demonstrators.  Petty allegedly, "sank to my knees in tears," after the decision was announced.

This clip has since been incorporated into the California Democrats' ad that attempts to display the horrors of the SCOTUS ruling.  This video has since been Tweeted out by California Governor Gavin Newsom (D-CA).  In the video below, Petty is the woman shown with the text, "Sad," over her.

The Floridian interviewed Petty this week to inquire more about the problem.  According to Petty, she had penned letters to the California Democrats and Governor Newsom for Tweeting the footage out.

"You selected the precise portion in which I fell to my knees in tears. At this moment, I had just witnessed a miracle. I was overwhelmed. As I continued to witness history, I pondered how lucky I was to witness such an event. I thanked the Lord for this decision and for opening my eyes to the evil of abortion. This is what brought me to tears.

You have manipulated these emotions. You have disrespected me as a young woman and an engaged member of society. Although I am distinctly pro-life in the full video, you consciously chose to portray me as pro-abortion. In the video, you note “we” are “sad.”"

The letter also asked the California Democrats to remove the footage from the ad, which they have since done.  However, the original video featuring Petty can still be found on their website and on various public officials' Twitter accounts.  When asked about this, Petty seemed unsurprised.

"Am I surprised? Absolutely not.  The pro-abortion side feeds on the manipulation of women every day.  However, I will not sit by and allow them to use my genuine, sincere, passion for life in a false way that will further harm women and babies."  Petty added,  "I am genuinely embarrassed for them."

In Florida, Democrats have attempted to move the issue of abortion into center stage in the governor's race.  US Rep. Charlie Crist (D-FL) bashed Governor DeSantis (R-FL) for not supporting, "a woman's right to choose," during the gubernatorial debates this week.