As polling comes to a close in the Wyoming primary race, Rep. Liz Cheney (R) has conceded in her Republican primary race. With a little over 30% of the vote, Wyoming voters have instead chosen Harriet Hageman to represent them in the November race for Wyoming's at-large district.

Cheney, the Vice Chair of the House January 6th Committee, is the latest Trump critic to be voted out of office by voters. So far, of the 10 Republicans that voted to impeach President Donald Trump (R), 8 have been voted out.

Ahead of the primary, President Trump endorsed Hageman, saying, "I strongly endorse Republican House of Representatives Candidate Harriet Hageman from Wyoming who is running against warmonger and disloyal Republican, Liz Cheney." Trump added that "Harriet is a fourth-generation daughter of Wyoming, a very successful attorney, and has the support and respect of a truly great U.S. Senator, Wyoming's own Cynthia Lummis."

In response, Cheney took to Twitter to write, "Here's a sound bite for you: Bring it."

Cheney has grown as one of the most vocal Republican critics against President Trump, and she's hinted at launching a presidential bid to push back against rumors that President Trump is gearing up for a 2024  campaign.

Heading into the primary race, Cheney commented that, regardless of the election results, her work would continue past it, and she echoed the same sentiment in her concession.

Announcing that she had called Hageman to congratulate her, Cheney shared that "this primary election is over, but now the real work begins." Addressing her supporters near her home, Cheney added that "our nation is barreling again toward crisis, lawlessness and violence," saying that "no American should support election deniers."

With Hageman moving forward as the Republican candidate, she is expected to defeat her Democratic rival.

“I have said since Jan. 6 that I will do whatever it takes to ensure Donald Trump is never again anywhere near the Oval Office," Cheney vowed to her supporters, affirming, "I mean it.”

At the conclusion of the race, Florida Rep. Carlos G. Smith (D) slammed the results, taking to Twitter to write that "embracing Trump's big election lie doesn't make you a patriot. It makes you a partisan traitor to our republic."

Embracing Trump’s big election lie doesn’t make you a patriot. It makes you a partisan traitor to our republic.

Fried Says Gaetz is 'Dangerous for our Country' 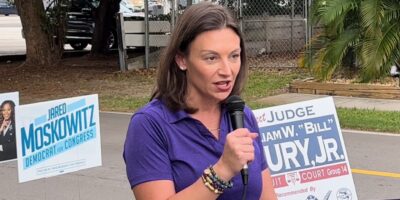 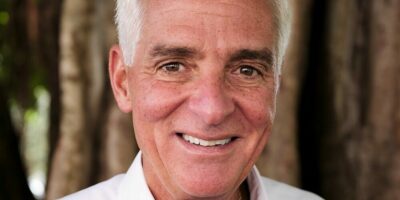 Crist Unveils Equality for All Plan