Florida Rep. Matt Gaetz (R) continues to himself in the public spotlight time and time again. The reason for the media's scrutiny is that the Florida Republican is allegedly under investigation by the Department of Justice for sex trafficking allegations involving a minor. While the lawmaker has refuted the allegations, Rep. Gaetz is now being questioned over his vote against an anti-Human Trafficking bill.

The bill called the Frederick Douglass Trafficking Victims Prevention and Protection Reauthorization Act, passed the House by a 401-20 vote. However, it did receive opposition from a number of House members,  and the opposing members have not responded as to why they voted against the legislation.

The legislation seeks to improve trafficking prevention education for children, and it would reauthorize the Department of Homeland Security's Angel Watchtower Center, which prevents international sex tourism travel that's perpetrated by child sex offenders. Moreover, the bill would also allocate more than $1.1 billion over the span of 5 years to strengthen programs that were created under the Trafficking Victims Protection Act of 200.

Gaetz is not alone in voting against the bill. Joining him in opposition were one Democrat and 20 Republican House members, including controversial Republican Reps. Marjorie Taylor Greene (R), Thomas Massie (R), and Chip Roy (R).

Gaetz maintains that the investigation into the allegations made against him is "an operation to destroy me." During an appearance on the Tucker Carlson show earlier this year, Gaetz maintained his innocence, calling it an attack against him and against "the movement that I represent in Congress."

When asked if he thought he would be charged, Gaetz responded by saying that “No, that would be a travesty. I’m innocent. I have maintained my innocence. I have been entirely consistent on this fact. And each and every day, the lies about me unravel and are debunked.” 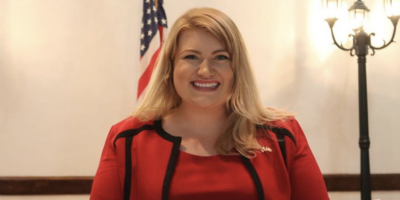 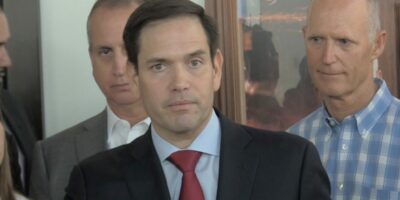 Rubio Prays Biden Campaigns Against Him