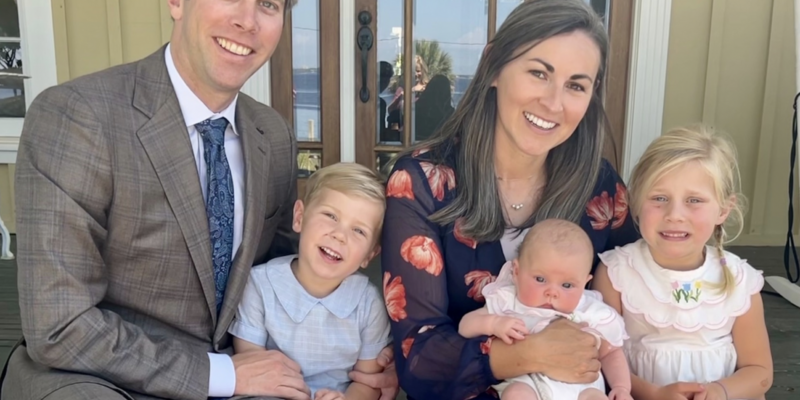 State Rep. Jay Trumbull (R-6), who is running for the State Senate District 2, has pulled in the endorsements of the Florida Senate leadership, including Senate President Wilton Simpson (R-FL).

Currently, Senate District 2 is occupied by Senator George Gainer (R-2), who announced that he will not seek re-election.  President Simpson commented on his long-time colleague, calling him, "a brilliant businessman who brought with him to Tallahassee a profound love for the people of his community.

"Ever the statesman, George reminds us all of the responsibility we have to encourage and mentor others, that humility matters and hard work is the best example a man can set," said Simpson. "As George’s legacy of service and integrity takes root, North Floridians can rest assured that Jay Trumbull is ready to fight for them in the Florida Senate," added Simpson.

Senator Kathleen Passidomo (R-28) went as far as saying "The shadow cast by George Gainer and his deep roots in Florida’s Panhandle are measured in the lives of those he’s touched beyond his public service and well into his larger than life role in the community."

With the tremendous respect given to Sen. Gainer, this only strengthens the endorsement of Rep. Trumbull, as Simpson, Passidomo, and Sen. Albritton (R-26) all see Trumbull as a fitting replacement for a Senator who clearly left a legacy.

Trumbull even gave his own thanks to Gainer and indicated that he will continue to seek guidance from the man who once occupied the seat he hopes to win.

"Senator Gainer has been a tremendous champion for Panhandle families and businesses. His public service is marked by self-sacrifice and reflects the values our community holds dear: faith, family, and freedom," said Trumbull. "I will continue to seek his counsel as we work to carry on his legacy of conservative leadership."

Biden Brags About His Time in Office Despite Low Poll Numbers