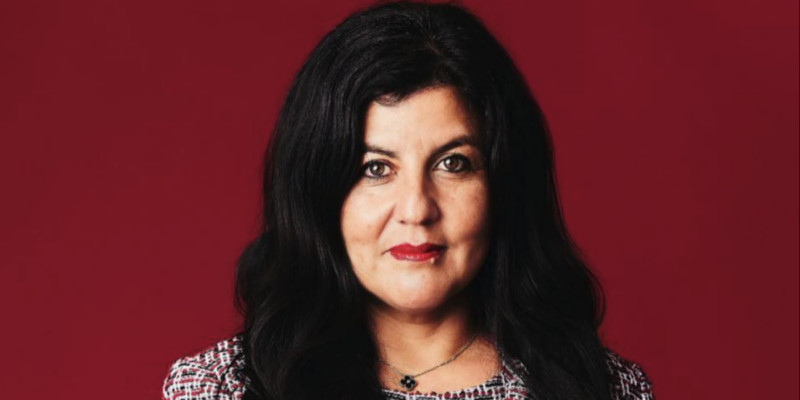 Republican State Rep. Jackie Toledo, who is running for the U.S. House of Representatives in Florida’s 15th District, put herself in a bit of a bind when her campaign recently announced that she has received the full endorsement of Florida CFO Jimmy Patronis.

In an email sent to a group of individuals within the Washington, D.C.  political class, Toledo’s fundraising consultants District City Consulting, Toledo is “already lining up key endorsements in this race.” 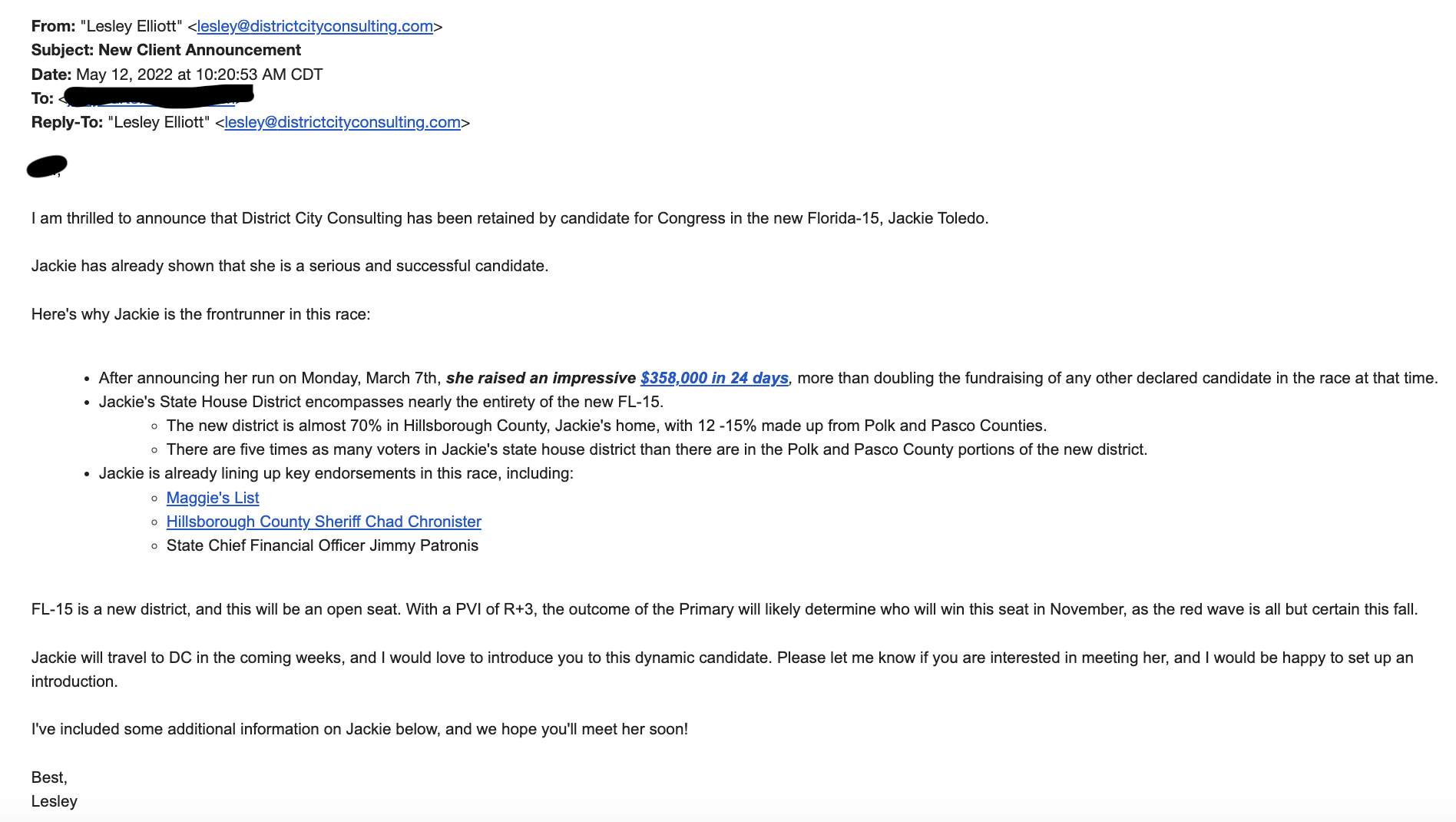 The list of endorsements is made up of Maggie’s List, Hillsborough County Sheriff Chad Chronister, and State Chief Financial Officer Jimmy Patronis.

Patronis and his campaign have confirmed to The Floridian that no such endorsement exists.

“No,” stated the campaign when asked if CFO Patronis endorsed Toledo’s congressional run.

In addition, the email claims Toledo “raised an impressive $358,000 in 24 days after her official campaign announcement on Monday, March 7th.

According to the most recent Federal Election Commission (FEC) filings, Toledo received her first campaign check on February 25, which would be 35 days before the March 31 FEC filing deadline.

Neither Toledo nor former Congressman Dennis Ross could be reached for comment.

Rep. Ross recently announced his intention to run again for the U.S. Congress.