Rep. Carlos Guillermo Smith (D) has been called many things, and now Floridians can say that the gay progressive activist could have a future on Broadway.

Little Carlitos, who dressed up as a shorter Hispanic version of Detective Sonny Crocket from the 1980s television series “Miami Vice,” appeared at the Renaissance Theatre Company in Orlando this week where he took the stage and surprised the audience with a pretty good performance.

Next time you see ‘Little G’ take up the microphone on the House floor of the Florida Legislature, remember that at any moment he could transform himself into a Broadway performer.

A bipartisan group of legislators wants to head back to Tallahassee to address property insurance, an issue that is stinging Floridians and was not addressed during the 2022 legislative session. READ MORE

Jimmy Patronis-BREAKING#Bidenflation sets new records in March jumping to 8.5 percent. A new 4-decade high. Still no plan from @JoeBiden and no end in sight for the middle class. Sad day for American families and businesses. Especially bad with taxes due soon.

Rep. Carlos G Smith-Republican lawmakers should have rejected #DeSantis' overt attack on Black representation in our democracy. Instead, they’re fully capitulating to 100% of his demands out of fear of retribution.

Shevrin “Shev” Jones-Families are feeling the pinch of rising costs on everyday necessities, from groceries & gas, to diapers. Meanwhile big corporations are price gouging on the backs of working people and enjoying record profits. That’s corporate greed, NOT ⁦@JoeBiden
Mario Diaz-Balart-Today’s astronomical inflation numbers are not just because gas prices are high.
Food is up 8.8%
Electricity is up 13.5%
Transportation is up 7.7%
Shelter cost are up 5%- biggest increase since 1991
Household furnishings is up 10.1%- the biggest jump since 1975.

"Waltz: ‘Send Ukraine the Damn ‘MiGs’ by The Floridian's Daniel Molina—Over the weekend, Florida Rep. Michael Waltz (R) reaffirmed his stance that the United States should do more to help Ukraine fend against the ongoing invasion from Russia. After an exchange with Secretary of Defense Lloyd Austin and Chairman of the Joint Chiefs of Staff General Mark Milley during a hearing, Waltz penned an op-ed for FOX News discussing the ensuing war calling for the Biden Administration to “send Ukraine the damn MiGs.”

"Stopping Government Outreach, Protecting Your Medical Freedom" by Reps. Kat Cammack and Gus Biliriakis—For the last two years, the U.S. has grappled with the COVID-19 pandemic and its associated lockdowns, shutdowns, mandates, and public health orders. In Florida, we’re fortunate to have Governor DeSantis leading the way to keep Florida free and open, fighting back against the orders to which blue cities and states have become accustomed.

"Mills Vows to Donate Entire Congressional Salary to Charity" by The Floridian's Javier Manjarres—Even as the congressional district lines across the state have yet to be finalized as a result of the dragged-out redistricting process, Republicans vying to replace retiring Rep. Stephanie Murphy (D) in Florida’s 7th District continue to campaign in the district that may drastically change in the coming weeks.
"FL Parental Rights Bill Inspires Similar Legislation in Other States" by The Floridian's Jim McCool—The Parental Rights in Education bill easily became the most controversial pieces of legislation in recent Florida history. Now, it appears that the legislation has inspired lawmakers in other states to take action.
"Cherfilus-McCormick Tests Positive for COVID-19" by The Floridian's Javier Manjarres
"New Data Shows Split on Critical Race Theory" by The Floridian's Jackson Bakich
"Rubio Warns About Biden's New Immigration Policy" By The Floridian's Jackson Bakich—Sen. Marco Rubio (R-FL) announced that he has spoken to “Several Central American Leaders” about Biden ending Title 42. According to the information that Rubio received, President Biden is going to allow any undocumented immigrant to stay if they claim asylum. Title 42 was a policy enacted by President Trump during March of 2020, the start of the pandemic. This policy allows the government to “prohibit, in whole or in part, the introductions of persons and property” during the time of a massive pandemic that we faced just under 2 years ago.
"State Senator Jones Agrees with DeSantis on New Testing Procedures" by The Floridian's Jackson Bakich—State Senator Shevrin Jones (D-FL) approved of Governor Ron DeSantis’ (R-FL) decision to eliminate FSA (Florida Standards Assessment) in the Sunshine State.
'Perdue Tapped to Lead Department of Transportation" by News Service of Florida—Jared Perdue, who has led the Department of Transportation’s District Five in Central Florida, was named Thursday by Gov. Ron DeSantis to serve as state transportation secretary.
"Rubio, Scott Call for Environmental Funding in Florida' by The Floridian's Jackson Bakich—WASHINGTON, D.C. – Senators Marco Rubio (R-FL) and Rick Scott (R-FL) have cosigned a letter to the Army Corps insisting upon proper funding towards various Florida projects such as the Central Everglades Planning Project and the Everglades Agricultural Area Reservoir project before the Army Corp of Engineers finalizes their work plan.
"Shevrin Jones Calls DeSantis's Special Session a 'Waste' of Taxpayer Dollars" by The Floridian's Jim McCool—State Senator Shevrin Jones (D-35) is firing back at Governor Ron DeSantis (R-FL) on redistricting and calling this special session a "waste" of "taxpayer dollars."
"Moody, Posey Bill Enforces Immigration Laws 'When DHS Won't'" by News Service of Florida
"Lauren Book Defends 'Visit Florida'" by The Floridian's Jim McCool
"Crist: DeSantis 'Ignoring' Rising Property Insurance" by The Floridian's Daniel Molina—Florida Rep. Charlie Crist (D) has amassed support in recent weeks, gaining a boost from a number of officials and union workers. This week, the former Governor of Florida had choice words for Florida Governor Ron DeSantis (R), criticizing him for “ignoring” property insurance concerns.
"Wasserman Schultz Questions Sen. Hawley's Manhood" by The Floridian's Javier Manjarres—Florida Rep. Debbie Wasserman Schultz is fuming mad over a recent comment that Republican senator Josh Hawley made in regard to Supreme Court nominee Judge Ketanji Brown-Jackson.
"Deutch ‘Horrified’ With Russia’s Continued war Efforts" by The Floridian's Daniel Molina—As the war between Russia and Ukraine continues, U.S. lawmakers are sharing their support for Ukraine. This week, Florida Rep. Ted Deutch (D) expressed his disappointment in Russia’s continued war efforts, arguing that he’s “horrified” at what Russia has done to Ukrainian civilians. 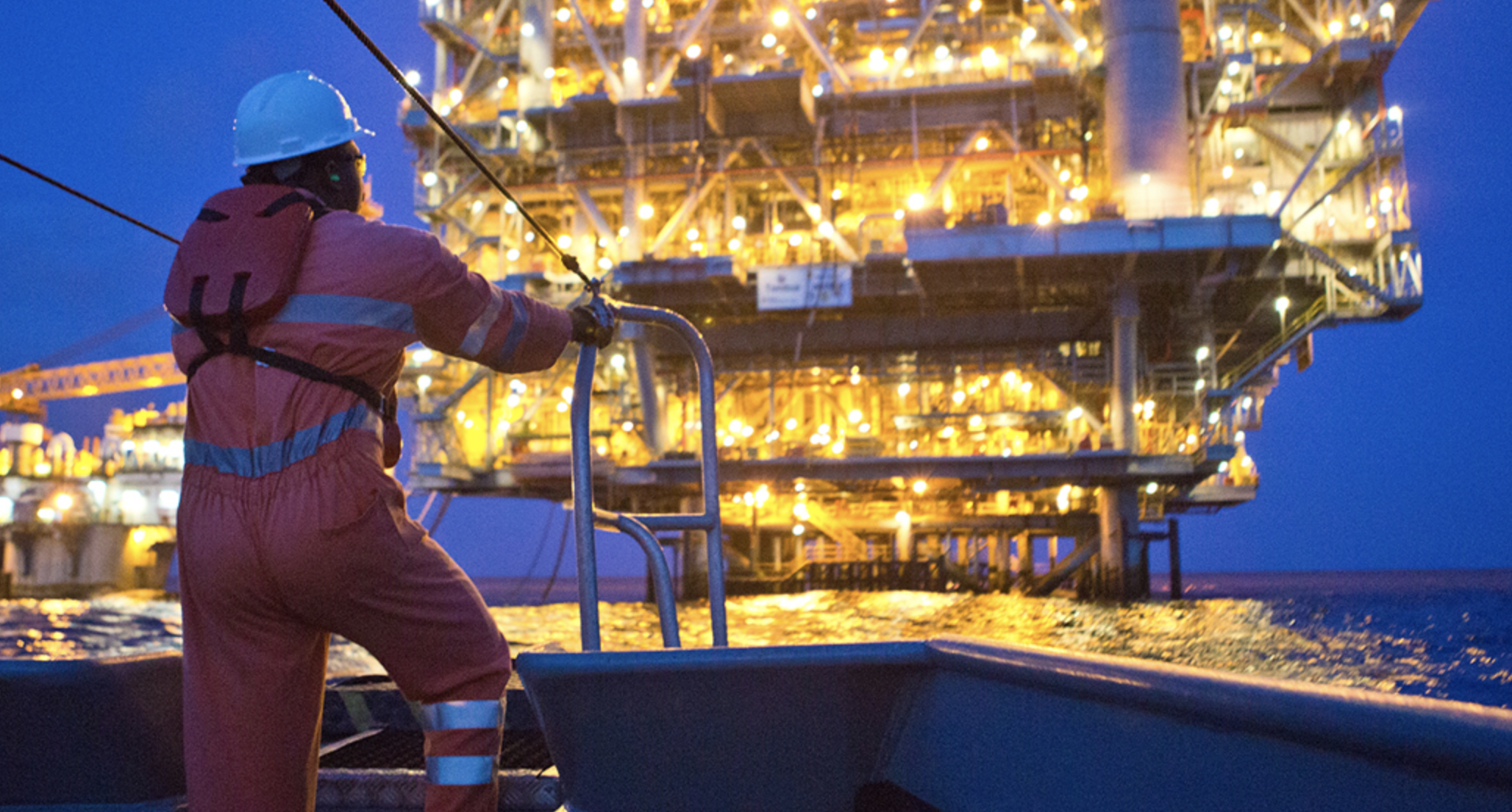